You are here: Home › art › Rembrandt and The Anatomy of Dr. Tulb 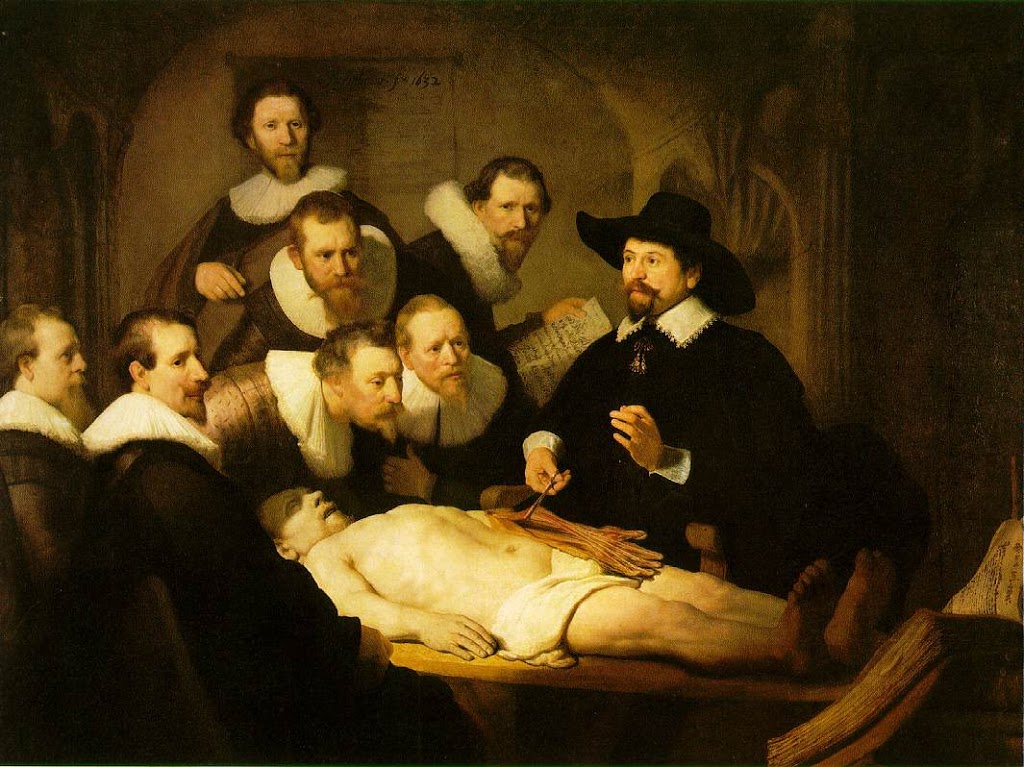 On January 16, 1632, Dutch master painter Rembrandt van Rijn attends a public lecture of physician Nicolaes Tulp, where the body of the executed mugger Adriaan Adriaanszoon was disected. In the consequence of this experience Rembrandt painted his famous picture ‘ Anatomy Lesson of Dr. Nicolaes Tulp‘.

Rembrandt Harmenszoon van Rijn is generally considered one of the greatest painters and printmakers in European art history and the most important in Dutch history. His contributions to art came in a period of great wealth and cultural achievement that historians call the Dutch Golden Age when Dutch Golden Age painting, although in many ways antithetical to the Baroque style that dominated Europe, was extremely prolific and innovative. Unlike most Dutch masters of the 17th century, Rembrandt’s works depict a wide range of style and subject matter, from portraits and self-portraits to landscapes, genre scenes, allegorical and historical scenes, biblical and mythological themes as well as animal studies.

The Anatomy Lesson of Dr. Nicolaes Tulp was created in 1632 in the early age of Rembrandt’s mastership as an artist and was one of Rembrandt’s first major commissions and is representative of his later works. The oil painting depicts Dr. Nicolaes Tulp explaining the musculature of the arm to other medical professionals. Remarkably, some of the spectators are various doctors, who paid commissions to be included in the painting. The event can be dated to 16 January 1632 and lasted for approximately five days: the Amsterdam Guild of Surgeons, of which Tulp was official City Anatomist, permitted only one public dissection a year, and the body would have to be that of an executed criminal. Twice a week a leading physician gave the Amsterdam surgeons a theory lesson. One element of this extra training was attendance at practical demonstrations in the anatomy theatre in order to gain a greater understanding of human anatomy. Rembrandt made the lecture a “dramatic” event and incorporated much tension into the portrait through gaze and body position. 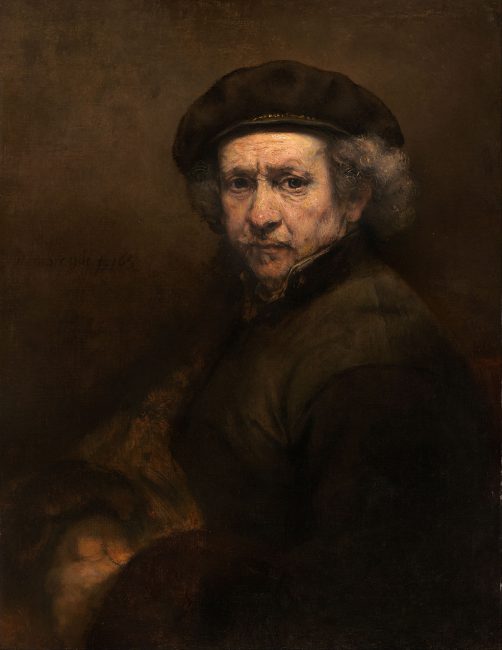 The Anatomy of Dr. Tulp was one of Rembrandt’s first group portraits and coincided with the new “social phenomenon” of Dutch men commissioning portraits depicting them together while celebrating. As shown in the painting, anatomy lessons were a social event back in the 17th century, taking place in lecture rooms that were actual theatres, with students, colleagues and the general public being permitted to attend on payment of an entrance fee. Here also, the depicted spectators are appropriately dressed for a solemn social occasion. It is thought that, with the exception of the figures to the rear and left, these people were added to the picture later.

One Person is Missing

Actually, one person is missing in the painting: the Preparator, whose task it was to prepare the body for the lesson. Important scientist such as Dr. Tulp certainly would not be involved in menial and bloody work like dissection, and such tasks would be left to others. It is for this reason that the picture shows no cutting instruments. Instead we see in the lower right corner an enormous open textbook on anatomy, possibly the 1543 De humani corporis fabrica (Fabric of the Human Body) by Andreas Vesalius.[4] Medical specialists have commented on the accuracy of muscles and tendons painted by the 26-year-old Rembrandt. It is not known where he obtained such knowledge; it is possible that he copied the details from an anatomical textbook.

The Shadow of Death

The corpse to be disected is that of the criminal Aris Kindt (alias of Adriaan Adriaanszoon), who was convicted for armed robbery and sentenced to death by hanging. He was strangled earlier on the same day of the scene. The face of the corpse is partially shaded, a suggestion of umbra mortis (shadow of death), a technique that Rembrandt was to use frequently.  The Anatomy Lesson of Dr Nicolaes Tulp hang in De Waag, the weigh-house in Amsterdam’s Nieuwmarkt, where the anatomy took place. It remained in Amsterdam until the early nineteenth century. After the disbandment of the Guild of Surgeons in 1798, the guild’s paintings passed to the Surgeons’ Widows Fund. In 1828 the governors of the fund decided to sell this painting. However, the proposed public sale was forbidden by Royal Decree. The painting was then purchased by the Dutch government, and it has been in the Mauritshuis collection ever since.. A less detailed copy of The Anatomy Lesson of Dr. Nicolaes Tulp by an unknown artist hangs in Edinburgh as part of The University of Edinburgh Fine Art Collection.

Goscinny and Uderzo parodied the painting in the Asterix volume The Soothsayer. The soothsayer “reads” the future from a fish lying on the table while the villagers stand around the end of the table.

Rembrandt never went abroad, but he was considerably influenced by the work of the Italian masters and Netherlandish artists who had studied in Italy, like Pieter Lastman, the Utrecht Caravaggists, and Flemish Baroque Peter Paul Rubens.[5] Having achieved youthful success as a portrait painter, Rembrandt’s later years were marked by personal tragedy and financial hardships. Yet his etchings and paintings were popular throughout his lifetime, his reputation as an artist remained high, and for twenty years he taught many important Dutch painters. Rembrandt’s portraits of his contemporaries, self-portraits and illustrations of scenes from the Bible are regarded as his greatest creative triumphs. His self-portraits form a unique and intimate biography, in which the artist surveyed himself without vanity and with the utmost sincerity.