You are here: Home › physics › Peter Barlow and the Barlow Lenses 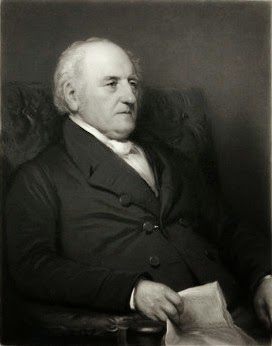 On October 13, 1776, British mathematician and physicist Peter Barlow was born. He is still reknown today for his development of two varieties of achromatic (non-colour-distorting) telescope lenses, the so-called Barlow lenses.

Opinions derived from long experience are exceedingly valuable, and outweigh all others, while they are consistent with facts and with each other; but they are worse than useless when they lead, as in this instance, to directly opposite opinions. – Peter Barlow (1835)

Peter Barlow and the Theory of Mathematics

Despite lacking formal education, Peter Barlow became assistant mathematical master at the Royal Military Academy in Woolwich in 1801. His first research achievements mostly focused on the field of mathematics. His ‘Theory of mathematics’ was published in 1811 and he started working in the field of magnetism around 1819. Just a few years later, Barlow was elected fellow of the Royal Society. He worked on problems associated with magnetic measurements and the issue of deviation in ship compasses caused by iron pieces in the hull. In 1825, he was awarded the Royal Society Copley Medal for his method of correcting the deviation by juxtaposing the compass with a suitably shaped piece of iron used as neutralizing plate. The scientist also began conducting experiments on the influence of rotation upon magnetic and non-magnetic bodies, which was suggested by John Herschel. [1]

In the meantime, Barlow had already published his second book titled ‘New mathematical tables’, which soon became well known as ‘Barlow’s Tables’. In the book, Barlow gives factors, squares, cubes, square roots, reciprocals and hyperbolic logarithms of all numbers from 1 to 10000. Another major scientific contribution by Peter Barlow is the famous Barlow Lens, which is understood as a diverging lens which, used in series with other optics in an optical system, increases the effective focal length of an optical system as perceived by all components that are after it in the system. It is mostly used in the field of astronomy and has an effect of increasing the magnification of the image. [2,3]

During his career, Barlow also made several contributions to the theory of strength of materials and published an essay on the strength and stress of timber in 1817. This work was continued after his death by his sons, who also included a biography of their father.

At yovisto, you may enjoy a video lecture by Carolin Crawford on ‘Large Telescopes and why we need them’