You are here: Home › physics › Faster than the Speed of Light – Pavel Cherenkov and the Cherenkov Radiation 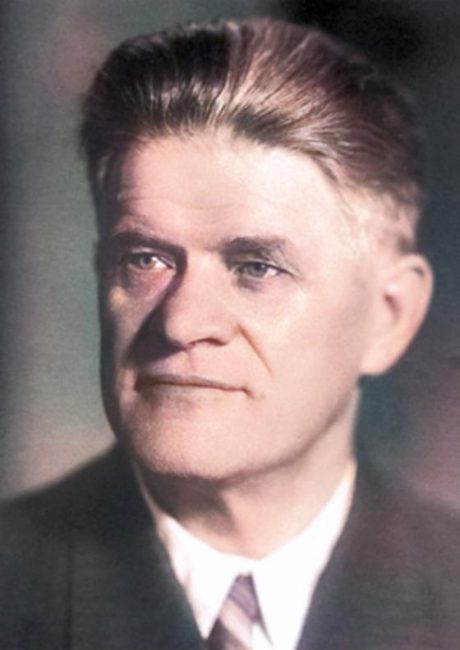 Cherenkov was born in 1904 in present day Voronezh Oblast, Russia. Pavel Alexeevich’s parents, Alexei Yegorovich and Maria Cherenkovy, were peasants. He enrolled at Voronezh State University, where he graduated in 1928.  Two years later he became a doctoral student at the Lebedev Institute of Physics under Sergei Ivanovich Vavilov. In the same year he married Maria Putintseva, the daughter of a professor of Russian literature; the couple has two children, Alexei and Yelena. Cherenkov received the degree of Kandidat nauk (doctorate) in 1935. Cherenkov became the second head of the department and in 1940 received the higher doctoral degree (Doktor nauk) (equivalent to habilitation in the West) from the Faculty of Mathematics and Physics. In 1953 he was appointed professor of experimental physics. In 1959, the professor of experimental physics was appointed head of the institute’s photo-meson processes laboratory. He remained a professor for fourteen years. In 1970, he became an Academician of the USSR Academy of Sciences.

Cherenkov’s main works are devoted to physical optics, nuclear physics, and high-energy particle physics. Cherenkov made his most important discovery in 1934. He observed the emission of blue light from a bottle of water subjected to radioactive bombardment. This sounds trivial at first, but associated with charged atomic particles moving at velocities faster than the speed of light in the local medium, it proved to be of great importance in subsequent experimental work in nuclear physics, and for the study of cosmic rays. It was later on named the Cherenkov effect.

Cherenkov radiation is widely used to facilitate the detection of small amounts and low concentrations of biomolecules. Also, it can be used to detect high-energy charged particles. In pool-type nuclear reactors, high-energy electrons are released as the fission products decay. The glow continues after the chain reaction stops, dimming as the shorter-lived products decay. Furthermore, when a high-energy gamma photon or cosmic ray interacts with the Earth’s atmosphere, it may produce an electron-positron pair with enormous velocities. The Cherenkov radiation from these charged particles is used to determine the source and intensity of the cosmic ray or gamma ray. Cherenkov radiation can also be used to determine properties of high-energy astronomical objects that emit gamma rays, such as supernova remnants and blazars.

Pavel Cherenkov also shared in the development and construction of electron accelerators and in the investigation of photo-nuclear and photo-meson reactions. Besides winning the Nobel Prize in Physics in 1958 “for the discovery and interpretation of the Cherenkov effect” together with Ilya Frank, Cherenkov was also awarded two Stalin Prizes, the first in 1946, sharing the honor with Vavilov, Frank and Tamm, and another in 1952. He was also awarded the USSR State Prize in 1977. He founded and for many years headed the Department of high energy physics in the Branch of the Russian Academy of Sciences (Troitsk). In 1985, he became a foreign member of the National Academy of Sciences of the USA. Pavel Cherenkov passed away on January 6, 1990. Since 1999, the Russian Academy of Sciences has awarded the Cherenkov Prize for outstanding work in the field of experimental high-energy physics.[6]

At yovisto academic video search, you may be interested in a video lecture on the “High Energy Universe” by Rene Ong.