You are here: Home › chemistry › Otto Hahn – the Father of Nuclear Chemistry 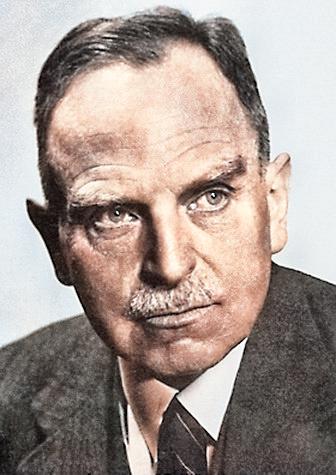 On March 8, 1879, German chemist and pioneer in the fields of radioactivity and radiochemistry Otto Hahn was born. He was awarded the Nobel Prize in Chemistry in 1944 for the discovery and the radiochemical proof of nuclear fission at the exclusion of his colleague Lise Meitner. He is referred to as the father of nuclear chemistry.

“Usually, a discovery is not made in the easiest but on a complicated way; the simple cases show up only later.”
– Otto Hahn, Vom Radiothor zur Uranspaltung. Eine wissenschaftliche Selbstbiographie (1962).

Otto Hahn was born in Frankfurt am Main, Germany, as the youngest son of the master glazier and entrepreneur Heinrich Hahn (1845-1922) and his wife Charlotte Hahn née Giese (1845-1906). At about 15, Hahn became particularly interested in chemistry and, together with a schoolmate, undertook simple chemical experiments in his mother’s laundry room. His father, who had achieved prosperity through innovative ideas, diligence and thrift, would have liked to see Otto Hahn as an architect, since he had built or acquired several residential and commercial buildings. But he was convinced that his son Otto intended to pursue the career of an industrial chemist.

Otto Hahn studied chemistry and mineralogy at the University of Marburg. During his third and fourth semester, Hahn studied at the University of Munich under Adolf von Baeyer. During the early 1900s, Hahn began working in the new field of radiochemistry. In 1905 he discovered radiothorium (thorium-228) which was back then believed to be a new radioactive element. In fact, it was a still undiscovered isotope of the known element thorium. Shortly after, Hahn started working with Rutherford at McGill University in Montreal, Canada.[4] There he discovered thorium C (later identified as polonium-212), radium D (later identified as lead-210), and radioactinium (later identified as thorium-227).

Hahn returned to Germany in 1906 where he collaborated with Emil Fischer at the University of Berlin. In 1914, he was nominated for the Nobel Prize in Chemistry by Adolf von Baeyer for the discovery of mesothorium I (radium-228). Already in 1907 he became acquainted to the Austrian physicist Lise Meitner.[5] Their collaboration lasted about thirty years and a close friendship between both scientists evolved.

Military Research in World War I

During World War I, Otto Hahn was conscripted into the army. Along with James Franck and Gustav Hertz he was appointed to the special unit for chemical warfare under the direction of Fritz Haber. The unit developed, tested, and produced poison gas for military purposes, and was sent to both the western and eastern front lines. In 1916, Hahn returned to Berlin and was able to continue his work with Lise Meitner.

Between 1917 and 1918, they isolated a long-lived activity, which they named ‘proto-actinium’. For their discovery Hahn and Meitner were repeatedly nominated for the Nobel Prize in Chemistry in the 1920s by a number of scientists, among them Max Bergmann, Viktor Moritz Goldschmidt, and Fajans. In 1949, the International Union of Pure and Applied Chemistry (IUPAC) named the new element definitely protactinium, and confirmed Hahn and Meitner as discoverers. During the 1920s, Otto Hahn founded the field of applied radiochemistry for the researching of general chemical and physical-chemical questions. In 1936 he published a book entitled Applied Radiochemistry with lectures given by Hahn when he was a visiting professor at Cornell University in Ithaca.

During the 1930s, Otto Hahn, Lise Meitner and Fritz Strassman continued Enrico Fermi’s research. They found a number of radioactive transmutation products, all of which they regarded as transuranic. Back then, the existence of actinides was not yet established, and uranium was wrongly believed to be a group 6 element similar to tungsten. It followed that first transuranic elements would be similar to group 7 to 10 elements, i.e. rhenium and platinoids. The research group established the presence of multiple isotopes of at least four such elements, and (mistakenly) identified them as elements with atomic numbers 93 through 96. They were the first scientists to measure the half-life of 239U and to establish chemically that it was an isotope of uranium, but they were unable to continue this work to its logical conclusion and identify the decay product of 239U – namely, neptunium (the real element 93). In 1940, this was completed by Edwin McMillan and Philip H. Abelson. 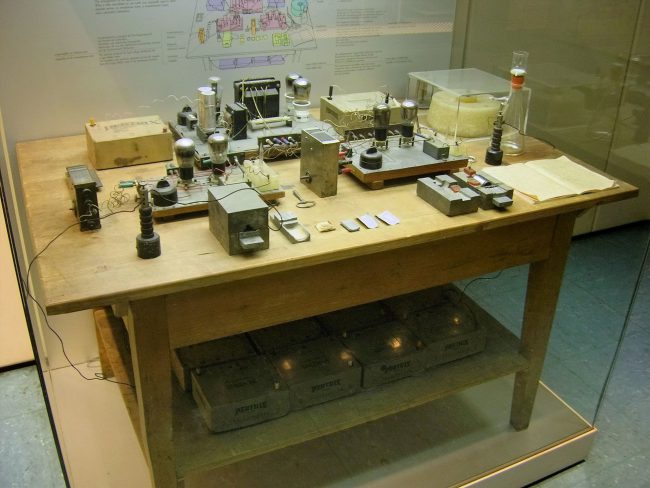 The Discovery of Nuclear Fission

Lise Meitner who was born into a Jewish family, escaped to the Netherlands with the help of Hahn. She later emigrated to Stockholm while Hahn continued his work together with Strassmann. During 1938, they found evidence of isotopes of an alkaline earth metal in their sample, which was kind of an issue because it did not logically fit with the other elements found thus far. In November of the same year, Hahn discussed the matter with Niels Bohr, Meitner, and Otto Robert Frisch at Bohr’s Institute. After further refinements, another experiment was conducted in December 1938. It revealed that the the three isotopes consistently behaved not as radium, but as barium. Without informing the physicists at his institute, Hahn sent Lise Meitner a letter announcing the puzzling results.

Meitner then discussed that Hahn’s conclusion of “the bursting of the uranium nucleus” was very difficult to accept, but considered it possible. On December 22, Otto Hahn sent a manuscript to Naturwissenschaften reporting their radiochemical results, which were published on 6 January 1939. In January of the following year, Hahn was convinced that formation of light elements was occurring in his setup that he published a new revision of the article, essentially retracting former claims of observing transuranic elements and neighbors of uranium, and concluding instead that he was seeing light platinoids, barium, lanthanum, and cerium. Hahn was reluctant to propose a revolutionary discovery in physics. However, Lise Meitner and Otto Robert Frisch, in Sweden, came to the same conclusion as Hahn and were able, because they had a lead of time, to work out the first theoretical interpretation of nuclear fission. Over the next few months, Frisch and Meitner published two articles discussing and experimentally confirming this hypothesis.

In 1945 Otto Hahn was announced as the winner of the 1944 Nobel Prize in Chemistry. Some American historians have documented their view of the discovery of nuclear fission and believe Meitner should have been awarded the Nobel Prize with Hahn. In a letter to Broomé-Aminoff, Lise Meitner commented:

“Surely Hahn fully deserved the Nobel Prize in chemistry. There is really no doubt about it. But I believe that Otto Robert Frisch and I contributed something not insignificant to the clarification of the process of uranium fission – how it originates and that it produces so much energy, and that was something very remote from Hahn.“