You are here: Home › medical science › Oswald Avery and the Avery-McLeod-McCarthy Experiment 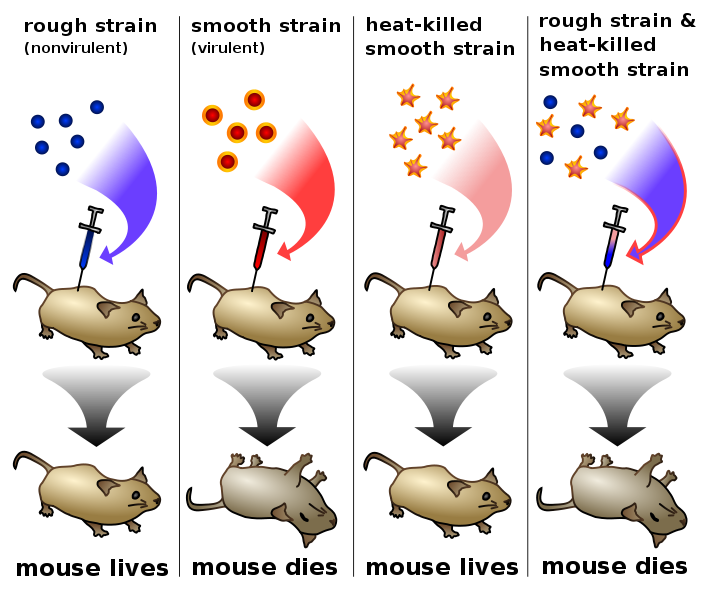 Oswald Avery and his colleagues showed that DNA was the key component of Griffith’s experiment, in which mice are injected with dead bacteria of one strain and live bacteria of another, and develop an infection of the dead strain’s type

On February 1, 1944, physician and medical researcher Oswald Avery together with his colleagues Colin MacLeod and Maclyn McCarty announced that DNA is the hereditary agent in a virus that would transform a virus from a harmless to a pathogenic version. This study was a key work in modern bacteriology.

The achievement by the scientists Avery, MacLeod, and McCarty were based on Frederick Griffith’s studies on bacteria, believing that bacteria types were not changeable from one to another generation. His also famous attempt is called the Griffith experiment, and was published in 1928. In it, the medical officer Griffith identified a principle in pneumococcal bacteria, in which they could transform from one to another type. After several years of research on the disease pneumonia, he found out that types changed into another rather than multiple types being present at the same time. His later research proved, that the transformation occurred, when dead bacteria of a virulent and live bacteria of a non-virulent type were injected in mice, they would suffer an infection and die shortly after. The other case proved, that the injected virulent bacteria was to be isolated from an infected mouse, depicted in the picture above. The German bacteriologist Fred Neufeld was the first to prove Griffith’s findings right and soon, renowned institutes, like the Koch Institute or the Rockefeller Institute took over the case, doing further research on Griffith’s great accomplishments. 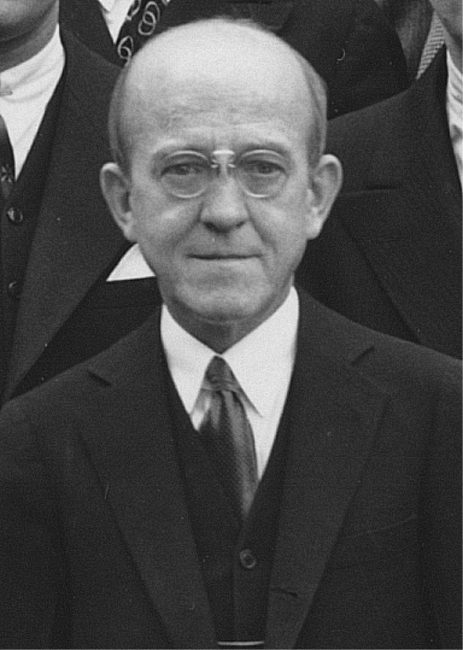 Avery and his collaborators Colin MacLeod and Maclyn McCarty at Rockefeller University (then Rockefeller Institute) in New York wanted to elucidate the chemical nature of the transforming substance. They refined the purification process until the result was a cell extract whose amounts of carbon, hydrogen, nitrogen and phosphorus corresponded to those of DNA.[4] To ensure that the transformation was not induced by residues of RNA or proteins, they treated the cell extract with different enzymes prior to the transformation. One of these enzymes had a deoxyribonucleode polymerase activity described by Greenstein in 1940. Only this neutralized the transformation activity of the extract, while trypsin, chymotrypsin (two protein cleaving enzymes), ribonuclease, protein phosphatases and esterase had no effect on transformation activity. They were also able to show that all offspring inherited the S-properties and that the repetition of the experiment with extracts from these offspring led to the same results.

This experiment shows that the genetic information must lie on the DNA, since the R-cells needed information from the S-cells to form a mucus capsule, i. e. to become S-cells. And only the DNA made it possible to transform R cells into S cells. In the counterexample with an enzyme, it became even clearer that the genetic information must lie in the DNA, since only R cells develop when a DNAse is added, because the DNA was broken down by the enzyme.

The achievements of the Avery-MacLeod-McCarty experiment quickly spread out into the scientific community and it was proven right just as fast. However, only very few scientists would accept the thought that genetics were to be applied to bacteria, but as Joshua Lederberg, himself an American molecular biologist suggested, the three scientists paved the early way for molecular genetics. The experiment opened up new possibilities and research fields for following biologists. Avery was awarded the Copley Medal for his bacterial transformations, but neglected by many scientists and organizations for his work.

How 3 Scientists Found that DNA is the Molecule of Heredity – Avery, MacLeod, and McCarty, [9]