You are here: Home › explorer › Mungo Park and the Waters of the Niger 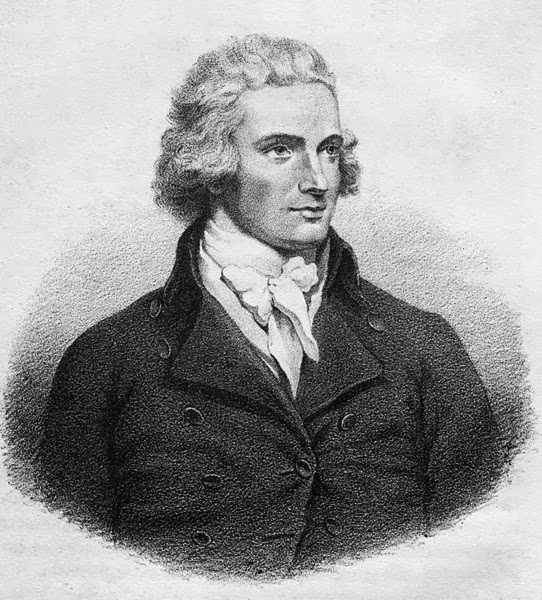 On September 11, 1771, Scottish explorer of the African continent Mungo Park was born. He is best known for being the first Westerner to encounter the central portion of the Niger River. Moreover, Mungo Park’s adventures on the Niger are the subject matter of Water Music, a richly detailed comic adventure novel published by T.C. Boyle.

Mungo Park grew up in a religious home and against his parent’s will, he apprenticed at a local physician. In later years he noticed that his interest in botany and biology grew more and more, wherefore he undertook several hikes through Scotland, fascinated by its botany. He got to know Joseph Banks in this period, who enabled him to take part in an expedition to Sumatra where he dicovered new fish specied, which he presented at the Linnean Society after his return. This journey influenced him, since he learned to navigate and studied astronomy as well as improved his knowledge in botany and medicine.

The African Association got a hold of Park. They knew only little about the African continent, and especially their interest in the Niger River grew through the years, since only vague theories about its location existed. The Association gave Mungo Park the task to find the Niger as well as its origin and course in 1794. Side projects depicted for instance the observation of local cultures and rites.

To communicate with natives, Park took two servants with him and he experienced the first contacts as very friendly. In smaller villages, the men were invited for sleep overs and were given food and drinks while rulers often distrusted the explorer and his intentions. In spring of 1796, Park was captured since locals thought of him as a spy. He was able to flee three months later, but lost his two companions. One was sold as a slave, the other returned with Park’s manuscripts. He now traveled all by himself, only with a horse and a compass. On July 21, 1796, Mungo Parks finally reached the Niger River. He traveled along the river as far as possible, but the coming rain season and threatening captivities forced him to turn around. In June 1797, Park finally reached Gambia again, the starting point of the journey. Back home, Mungo Park’s return was a great surprise since no one thought he would come back alive anyway. As soon as possible, he began writing down his experiences and adventures with great success. His books were sold across the continent and he gave numerous talks about the Niger River itself, being the first known European to have observed it in detail and about the cultures he met.

Hungry for more adventures, Mungo Parks was offered another expedition to the Niger in 1805. The objectives this time were to expand the British trade map and again to explore the Niger. This time, the expedition was financed and organized by the government, wherefore he traveled with an army-like group. The challenge was to avoid the rain season this time, but with a large group of 40 people they traveled very slowly and reached Gambia too late. When they arrived at the Niger, exploration was difficult due to the heavy and dangerous rainfalls. In January, 1806, Park promised to have reached the coast in a letter to his wife. But after after that, he was not seen again.

Mungo Park’s achievements are extraordinary, thinking of the dangers he had to put up with, exploring completely new areas. After his death, various myths about his death evolved. In his 1982 published novel Water Music, T.C. Boyle follows the steps of Mungo Park sometimes in fiction and sometimes with historical evidences. The novel is based on Mungo Park’s published work Travels in the Interior Districts of Africa.

At yovisto, you may enjoy Wade Davis talking about the extraordinary diversity of the world’s indigenous cultures, which are disappearing from the planet at an alarming rate.