You are here: Home › chemistry › Martin Heinrich Klaproth and the Analytical Chemistry 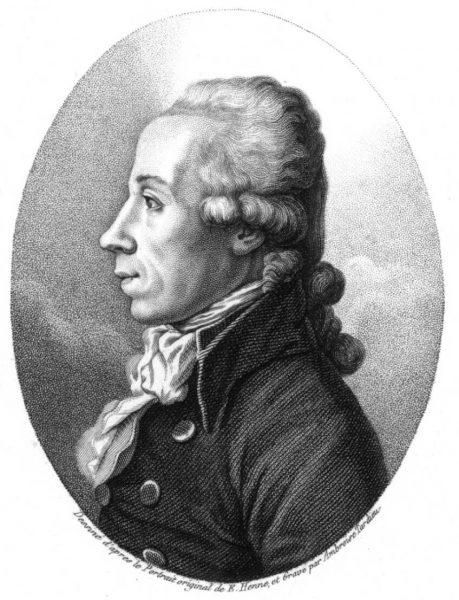 On December 1, 1743, German chemist Martin Heinrich Klaproth was born. Klaproth, one of the well known founders of analytical chemistry discovered uranium (1789), zirconium (1789), cerium (1803), and contributed to the identification of others. Although he did not isolate them as pure metal samples, he was able to recognize them as new elements.

Martin Heinrich Klaproth was born in Wernigerode as the child of a poor tailor. After attending the Stadtschule zu Wernigerode, Klaproth worked for six years in the Ratsapotheke in Quedlinburg. Martin Heinrich Klaproth worked at the council pharmacy in Quedlinburg, and later became assistant in various pharmacies in Hannover, Berlin, and Gdansk. He studied with the chemists Johann Heinrich Pott and Andreas Sigismund Marggraf in Berlin.

In 1771 he returned from Gdansk to Berlin and worked in the pharmacy Zum weißen Schwan of Valentin Rose the Elder, with whom he became friends. When Rose died shortly afterwards, Klaproth continued to run the pharmacy and took over the education of the four children of his employer, including Valentin Rose the Younger. He set up a laboratory to carry out experimental investigations. After his marriage to the wealthy Christiane Sophie Lehmann, a niece of the chemist Andreas Sigismund Marggraf, he acquired the Bären-Apotheke in Berlin in 1780, which enjoyed a good reputation until his departure in 1800. At the Academy of Sciences, Klaproth started working as a regular chemist, succeeding Franz Carl Achard.

Starting from 1787, Martin Klaproth became part-time professor of chemistry at the Berlin Artillery School, a lecturer at the Collegium medico-chirurgicum and a teacher at the Berg- und Hütteninstitut. From 1795 to 1815, Klaproth published six volumes of his “Contributions to the Chemical Knowledge of Mineral Bodies“. His special predilection was mineral analysis. Next to his achievements in mineral analysis, Klaproth was interested in determining the silver, copper and zinc content of metals, coins and glass analysis. He also developed a digestion method for silicates (evaporation with potassium hydroxide solution, melting in a silver crucible). He further developed a digestion process for silicates, found phosphates in urine, and elucidated the composition of alum, apatite, red copper ore, yellow lead ore, aragonite, lepidolite, dolomite, emerald, topaz, garnet and titaniumite.

Martin Klaproth became the first to describe a series of unknown or incorrectly arranged compounds and carried out new precise qualitative and quantitative analyses. He compiled an immense mineral collection, which at the end of his life comprised 4828 pieces and was purchased by the Berlin University after his death, and is now housed in the Berlin Museum of Natural History.

In 1810, Klaproth was appointed professor of chemistry at the newly founded Berlin University on Alexander von Humboldt’s suggestion.[4] Jöns Jacob Berzelius was proposed as a successor to the chair of chemistry, but he rejected his position and proposed the young Eilhard Mitscherlich instead.[5] Klaproth was elected a Fellow of the Royal Society in 1795 and a foreign member of the Royal Swedish Academy of Sciences in 1804. In 1815 he was elected as an external member of the Göttingen Academy of Sciences.

Martin Heinrich Klaproth died of a stroke on New Year’s Day 1817 at age 73.