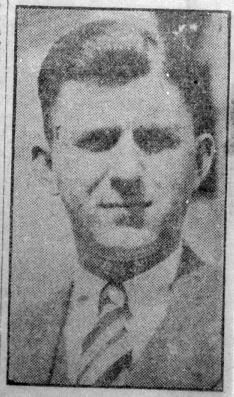 On August 22, 1896, American geologist, educator, and polar explorer Laurence McKinley Gould was born. Gould was the first geologist to reach the interior of the Antarctic continent. He travelled to the Queen Maud Mountains, making geological and glaciological surveys.

Laurence Gould – Background of an Explorer

Laurence Gould was born in Lacota, Michigan. After completing high school in South Haven, Michigan in 1914 he began teaching while saving money for college. He managed to enroll at the University of Michigan two years later. However, his education was interrupted by World War I. He enlisted in the U.S. Army and served until 1919. In 1921, Gould graduated with a Bachelor’s degree in geology and he then joined the University of Michigan faculty as a geology instructor while still continuing his education. In 1923, Gould received his Master’s degree and wrote his dissertation on the geology of Utah’s La Sal Mountains. He earned his Doctorate degree in 1925 and advanced to first assistant professor and associate professor later, in 1930.

From Arctic to Antarctica

In the summer of 1926 Gould travelled to the Arctic for the first time as an assistant director and geologist with the Greenland expedition of the University of Michigan. The following summer he participated as a geographer and topologist in George Putnam’s expedition to explore the coast of Baffin Island in the Canadian Arctic Archipelago.

From 1928 to 1930 he accompanied Richard Evelyn Byrd as scientific leader and deputy commander on his first Antarctic expedition.[4] On November 4, 1929, Gould and five companions set off on an extremely arduous two and a half month long 2,400 km sled dog journey into the Queen Maud Mountains. The primary objective was to provide ground support and emergency cover for Byrd’s historic first flight over the South Pole. For this purpose, the first geological and glaciological investigations in this area were carried out. Gould described the area as “a veritable paradise for a geologist” After the successful flight over the pole, Gould and his companions climbed Mount Fridtjof Nansen, also supplemented by geological investigations. The sandstone layers that Gould found in rock outcrops on the mountain confirmed the theory that Antarctica is also geologically connected to the other continents.

The expedition had been a regular topic of discussion in the press and so the participants received a triumphant welcome on their return to the United States on July 19, 1930. Gould received numerous honours, including the Congressional Gold Medal of Honour, the American Geographical Society’s David Livingstone Centenary Medal of 1930 and a medal from the City of New York. Two weeks later, on 2 August 1930, Gould married Ann Arbor Margaret (“Peg”) Rice, who had been a student in one of his classes at the University of Michigan. In the period after returning from Antarctica, Gould travelled around the country lecturing on his experiences. In 1931, his book Cold: the Record of an Antarctic Sledge Journey was published, in which he described the sled dog tracks, blizzards, collapsing snow bridges, and above all the cold that almost froze a companion’s eyelid. He also published various scientific articles with the results of his research during the expedition.

In 1932 Gould took up a post as full professor and head of the geology department at Carleton College. To this end, the Gould family moved to Minnesota. Gould was a popular professor at Carleton. In 1945 he was appointed President of the College, a position he held until 1962. In 1963 he retired and moved to Tuscon where he taught glaciology at the University of Arizona. He was also president of the American Association for the Advancement of Science.