You are here: Home › engineering › John Gorrie and the Wonders of Air Condition 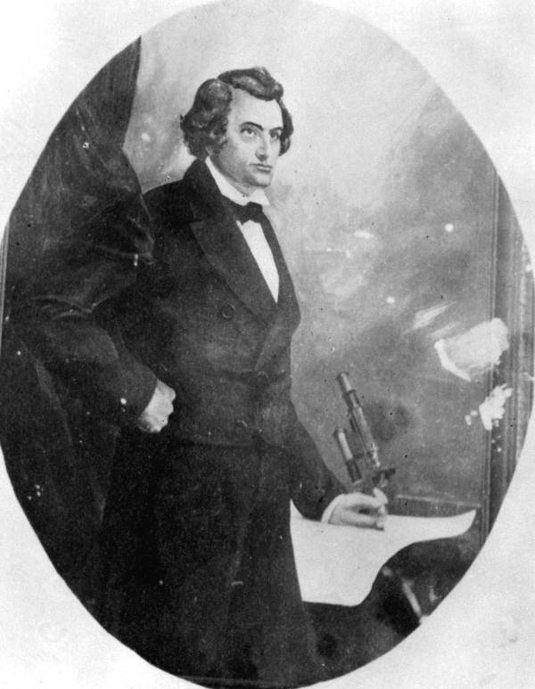 Actually, even already in prehistoric times man was using ice to refrigerate and thus preserve food. Through the ages, the seasonal harvesting of snow and ice was a regular practice of most of the ancient cultures: Chinese, Greeks, Romans, Persians. Ice and snow were stored in caves or dugouts lined with straw or other insulating materials. Rationing of the ice allowed the preservation of foods over the warm periods. This practice worked well through the centuries, with icehouses remaining in use into the 20th century. In the 16th century, the discovery of chemical refrigeration was one of the first steps toward artificial means of refrigeration. Sodium nitrate or potassium nitrate, when added to water, lowered the water temperature and created a sort of refrigeration bath for cooling substances. During the first half of the 19th century, ice harvesting became big business in America. New Englander Frederic Tudor, who became known as the “Ice King”, worked on developing better insulation products to ship ice long distances, especially to the tropics.

It all started in 1650, when Otto von Guericke designed and built the world’s first vacuum pump and created the world’s first ever vacuum known as the Magdeburg hemispheres. In 1656, Robert Boyle and Robert Hooke built an air pump on Guericke’s design and the way was open towards refrigeration. Although this should take another century. The first known method of artificial refrigeration was demonstrated by Scottish physicist William Cullen at the University of Glasgow in 1756. Cullen used a pump to create a partial vacuum over a container of diethyl ether, which then boiled, absorbing heat from the surrounding air. The experiment even created a small amount of ice, but had no practical application at that time.

In 1842, American physician, John Gorrie, designed the first system to refrigerate water to produce ice. John Gorrie was born on the Island of Nevis on October 3, 1803, and spent his childhood in South Carolina. He received his medical education at the College of Physicians and Surgeons of the Western District of New York in Fairfield, New York. His medical research involved the study of tropical diseases. At the time the theory that bad air caused diseases was a prevalent hypothesis and based on this theory, he urged draining the swamps and the cooling of sickrooms. For this he cooled rooms with ice in a basin suspended from the ceiling. Cool air, being heavier, flowed down across the patient and through an opening near the floor. Since ice had to be brought by boat from the northern lakes, Gorrie started to experiment with making artificial ice. Thus, Gorrie`s aim was not neccessarely to build a refrigerator to preserve food, but an air condition system to col down rooms and buildings. After being successful with his experiments, he gave up his medical practice after 1845 to pursue further refrigeration projects.

Gorrie`s system used a steam engine to compress air, then partly cooled the hot compressed air with water before allowing it to expand while doing part of the work needed to drive the air compressor. That isentropic expansion cooled the air to a temperature low enough to freeze water and produce ice, or to flow “through a pipe for effecting refrigeration otherwise” as stated in his patent, which was granted by the U.S. Patent Office in 1851. Gorrie successfully built a working prototype, but unfortunately for him his system was a commercial failure. Impoverished, Gorrie sought to raise money to manufacture his machine, but the venture failed when his partner died. Humiliated by criticism, financially ruined, and his health broken, Gorrie died in seclusion on June 29, 1855.

At yovisto academic video search you can learn more about the physical principals behind refrigeration: the gas laws of Gay Lussac in a video from brightstorm.com.