You are here: Home › history › Houston, we have a Problem 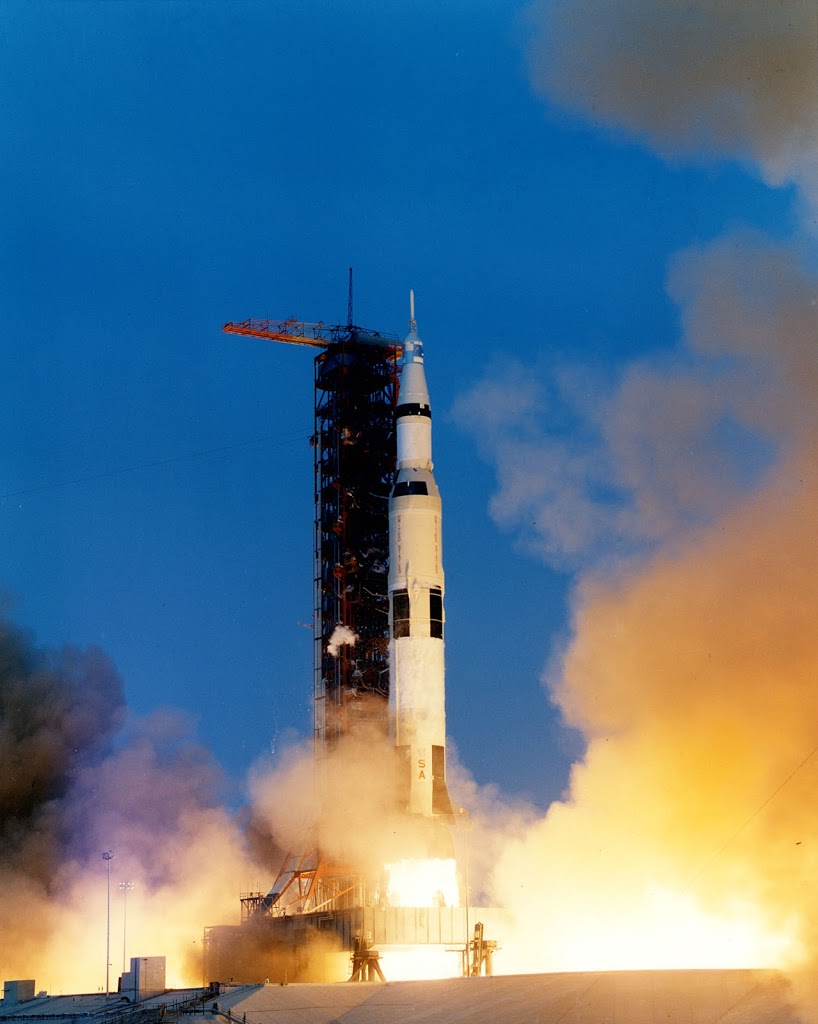 On April 11, 1970, at 13:13 CST Apollo 13 was launched from the Kennedy Space Center, Florida, but the lunar landing was aborted after an oxygen tank exploded two days later, crippling the service module upon which the Command Module depended. Despite great hardship caused by limited power, loss of cabin heat, shortage of potable water, and the critical need to jury-rig the carbon dioxide removal system, the crew returned safely to Earth on April 17.

Apollo 13 was the third mission in the American Apollo program, intended to land on the moon. The crew consisted of Commander James Lovell, Command Module pilot John Swigert, and Fred Haise, who replaced Ken Mattingly. Mattingly was exposed to German measles without even knowing and unfortunately, (or fortunately, how ever you want to see it) could not attend the mission. Lovell was back then the world’s most experienced astronaut. He attended three missions and completed 572 spaceflight hours. He participated in Apollo 8 and further Gemini missions before Apollo 13.

One experiment that was hardly noticed against the background of the following events was the Saturn impact (impact of the third rocket stage S-IVB) on the moon. Shortly after separation of the Command and Service Module (CSM) and coupling of the Lunar Module (LM), the third stage of Saturn V was successfully brought on a collision course with the Moon by discharging the oxygen and igniting the APS control nozzles. Three days later, the almost 14,000 kg step struck approximately 120 km west-northwest of the Apollo-12 airfield at 2.5 km/s (9,000 km/h) speed. The impact corresponded to the explosive effect of  10t TNT. After about 30 seconds, the seismometer set up by Apollo 12 registered the impact. The quake lasted more than three hours. Shortly before, the ionospheric detector registered a gas cloud. It was detectable for more than one minute. It is assumed that the impact hurled particles of the moon’s ground up to a height of 60 km, where they were ionised by sunlight.

The Journey to the Moon

During the journey to the Moon, the crew mainly lived in orbiter Odyssey, one of the two independent spacecrafts that were joined by a tunnel. Two days after the launch, the Apollo crew was 200,000 miles away form Earth and a low-pressure warning was detected in Odyssey’s hydrogen tank. When a problem like this appears, the pilots have to perform a routine procedure called cyro stir, which Swigert flipped the switch for. Right after, the spacecraft began shaking, the power went out and oxygen pressure kept falling. This was, when Swigert notified Mission Control with the words ‘Houston, we´ve had a problem‘.  It was later changed into the now famous sentence ‘Houston we have a problem‘ by the makers of the 1995 Apollo 13 movie. 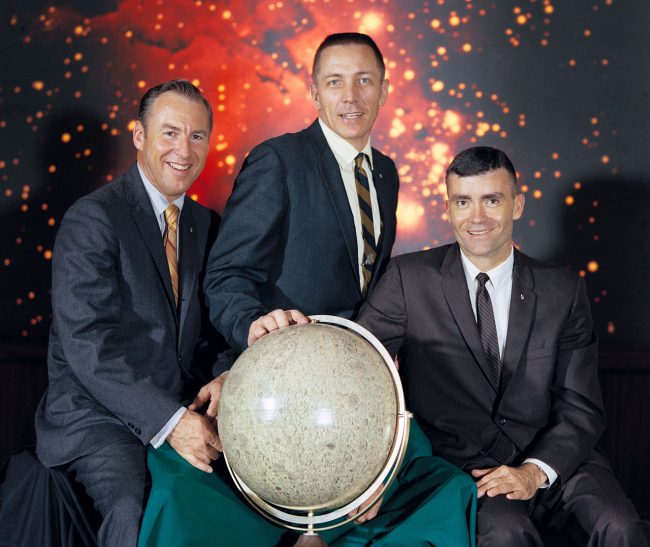 Exposed Wires in the Oxygen Tank

However, it was later found that wires were exposed in the oxygen tank, an error that occurred before the flight. Due to a spark from one of the wires, the oxygen tank exploded, which also caused the lack of power. The crew attempted to stabilize the ship through small tanks with only modest success. The explosion of oxygen tank 2 also damaged the piping system of tank 1 next to it, so the three fuel cells fed with oxygen from the two tanks to generate electricity and water could only do their job for a few hours. The only option was to abort the mission and bring Apollo 13 back to Earth as quickly as possible, as nothing could compensate for the collapse of the oxygen, electricity and water supply in the Odyssey command/service module. Before that, the systems of the command capsule had to be switched off according to a precisely coordinated scheme in order to be able to reactivate them later for re-entry. At the same time the systems of the lunar module were activated so that it could take over the tasks of navigation and life support.

Since a direct reversal was excluded because of the unknown condition of the main engine, a moon orbit under utilization of the gravitational field had to be carried out (Swing-by-maneuver). In addition, the course was slightly changed by a short burning phase of the landing engine of the lunar ferry, so that the trajectory after the moon orbit led back to Earth (without the correction the spacecraft would have approached Earth only up to about 60,000 km). The lunar module Aquarius played the role of the “lifeboat”, which had to supply the crew during the journey home. It was supposed to be turned on for the actual moon landing and since it did not have a heat shield it was no use for the returning trip to Earth. Aquarius was now in use longer than expected and all remaining power sources had to be used efficiently, wherefore the temperatures inside the cabin dropped close to freezing.  However, the life-support system of the Lunar Module was not designed to keep three people alive for several days. While there was enough oxygen on board, there was too little water and in particular not enough electricity, which was drawn from batteries in the Lunar Module. The return reserve of the Command Module (CM) – also batteries that had been partially discharged by the accident – had to be replenished by means of an improvised charging cable. In addition, the overloaded air cleaning system had to be rebuilt to work with the CO2 filter of the Odyssey, which was actually incompatible with that of the Aquarius (round and square filters). For this purpose, an adapter had to be built from things available on board, such as bags, adhesive tape, flight plans and even a sock. The ground center in Houston developed a procedure that was radioed to the crew, who then successfully rebuilt the adapter.

The next few days before splashdown were pretty exhausting for the crew on Earth working day and night and especially for the crew in space. Haise developed a kidney infection due to the cold and everyone lost lots of weight. In contrast to a normal mission, the capsule needed for re-entry into the Earth’s atmosphere was only put into operation by the crew shortly before the end of the flight and separated from the Aquarius. Fears that the electrical system of the command capsule might have been damaged by humidity and frost did not come true. Odyssey was then turned back on and they prepared for splashdown, landing safely in the Pacific Ocean on April 17. Even though the mission was no success in its original sense, NASA set an example of solving life threatening issues in space.

In contrast to NASA, moon landings had meanwhile lost importance for the media and the population, Apollo 13 would have been the third landing in a period of almost 9 months. The US television stations did not broadcast live broadcasts from the spaceship, they were only seen at the Houston control centre. Only when the accident became known did the media from all over the world join in. Since it was possible to bring the three astronauts back to Earth alive despite adverse circumstances, NASA later described the Apollo 13 mission as a “successful failure”.