You are here: Home › physics › Henry Way Kendall and the Scattering of Particles 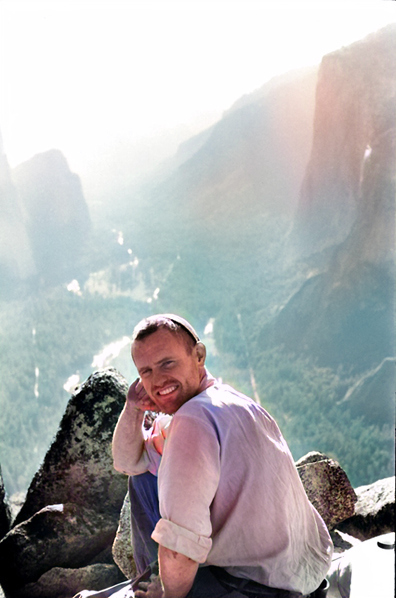 On December 9, 1926, American particle physicist and Nobel Laureate Henry Way Kendall was born. Kendall won the Nobel Prize in Physics in 1990 jointly with Jerome Isaac Friedman and Richard E. Taylor “for their pioneering investigations concerning deep inelastic scattering of electrons on protons and bound neutrons, which have been of essential importance for the development of the quark model in particle physics.”

“While science and technology play critical roles in sustaining modern civilization, they are not part of our culture in the sense that they are not commonly studied or well comprehended. Neither the potential nor the limitations of science are understood so that what can be achieved and what is beyond reach are not comprehended. The line between science and magic becomes blurred so that public judgments on technical issues can be erratic or badly flawed. It frequently appears that some people will believe almost anything. Thus judgments can be manipulated or warped by unscrupulous groups. Distortions or outright falsehoods can come to be accepted as fact.”
– Henry Way Kendall (2000)[9]

Henry Way Kendall was born in Boston to Evelyn Way and Henry P. Kendall, an industrialist. Kendall grew up in Sharon, Massachusetts and attended from age 14 to 18, most of the period of World War II, at Deerfield Academy, a college preparatory school. He enrolled in the U. S. Merchant Marine Academy in 1945, and served on a troop transport on the North Atlantic in the winter of 1945 – 1946. In 1946, he enrolled at Amherst College where he majored in mathematics, graduating in 1950. While at Amherst, he operated a diving and marine salvage company during two summers. He co-authored two books, one on shallow water diving and the other on underwater photography.

On the urging of Karl Compton, a family friend and then President of MIT, Kendall applied for, and was accepted at MIT’s school of physics in 1950. He obtained his PhD with a thesis, carried out under the supervision of Martin Deutsch, was an attempt to measure the Lamb shift in positronium, a transient atom discovered by Deutsch a few years before. The attempt was unsuccessful but it served as a very interesting introduction to electromagnetic interactions and the power of the underlying theory.[1] Kendall then spent then next two years as a postdoctoral fellow at Brookhaven National Laboratory, followed by five years in Robert Hofstadter‘s research group at Stanford University in the late 1950’s and early 1960’s, where he worked with Jerome Friedman and Richard Taylor, studying the structure of protons and neutrons, using the university’s 100 metres long linear electron accelerator. In 1961 he joined the faculty of MIT, becoming a full professor in 1967. Kendall then returned to the MIT Physics Department, where he remained for the rest of his life.

The Understanding of Matter

Kendall and his colleagues were cited by the Nobel committee for their “breakthrough in our understanding of matter” achieved while working together at the Stanford Linear Accelerator Center from 1967 to 1973.[2] These experiments involved scattering high-energy beams of electrons from protons and deuterons and heavier nuclei. At lower energies, it had already been found that the electrons would only be scattered through low angles, consistent with the idea that the nucleons had no internal structure. However, the SLAC-MIT experiments showed that higher energy electrons could be scattered through much higher angles, with the loss of some energy. These deep inelastic scattering results provided the first experimental evidence that the protons and neutrons were made up of point-like particles, later identified to be the up and down quarks that had previously been hypothesized (independently) in 1964 by Murray Gell-Mann at the California Institute of Technology and by George Zweig.[3] The experiments also provided the first evidence for the existence of gluons. Kendall also did research in nuclear structure, in high-energy electron scattering, and in meson and neutrino physics.[2]

In 1990 together with Jerome I. Friedman and Richard E. Taylor, Kendall was awarded the Nobel Prize in Physics: They were the first to prove the existence of quarks with their experiments. Kendall had already received the Leo Szilard Lectureship Award in 1981 and the Panofsky Prize in 1989 for Friedman and Taylor. In addition to his scientific research, Kendall worked extensively with a variety of groups concerning the proper role and uses of science in society. He was a founder (1969) of the Union of Concerned Scientists and served as the group’s chairman from 1973 until his death in 1999.[2] His public policy interests included avoiding nuclear war, the Strategic Defense Initiative, the B2 bomber, nuclear reactor safety and global warming.

Throughout his career as a physicist, Kendall continued to be an active outdoorsman—mountaineering, mountain photography, diving, and underwater photography were all passions. He made climbing trips to the Andes, the Himalayas, and the Arctic. Kendall died on February 15, 1999 of severe abdominal bleeding during a diving expedition to underwater caves at Wakulla Springs State Park in Florida.[4]

At yovisto academic video search, you may enjoy a lecture by Murray Gell-Mann, who hypothesized quarks as subatomic particles, talking about the Beauty and truth in physics.