You are here: Home › botany › Henry Nicholas Ridley and the Rubber Tree 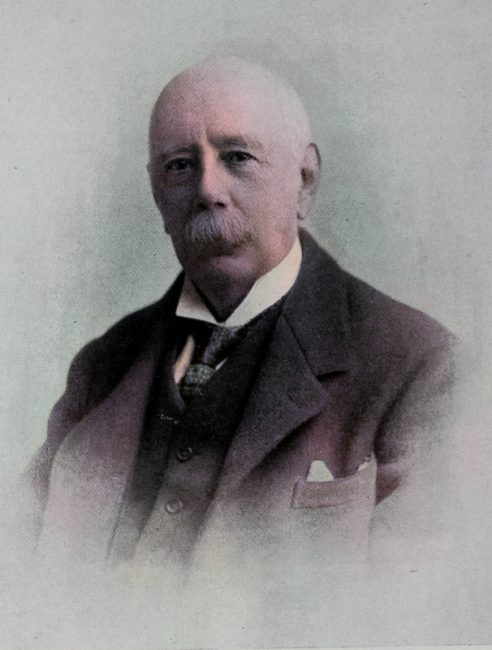 On December 10, 1855, English botanist, geologist and naturalist Henry Nicholas Ridley was born. Ridley was instrumental in introducing rubber trees in the Malay Peninsula and for his fervour in promoting it became known as “Mad Ridley”.

Henry Ridley was the second son and third child born to Louisa Pole Stuart and Oliver Matthew Ridley in West Harling in Norfolk, where his father was the Rector. At the age of three his mother died and his father moved to Cobham in Kent. He was educated at Tonbridge and later Haileybury. He earned a Bachelor of Arts degree in 1877 from Exeter College in Oxford and received a Burdett-Coutts scholarship that let him conduct research on fossil from quarries near Oxford. He then joined the British Museum in the botany department  to replace Henry Trimen who had moved to Ceylon

Ridley specialised in the monocotyledons and also began to travel around Europe. In 1887, Ridley joined the Royal Society expedition with George Ramage to the island of Fernando de Noronha and published on the collections on returning. In 1888 he was selected for the post of director of Gardens and Forests in the Straits Settlements. He was to meet Odoardo Beccari,  an Italian naturalist perhaps best known for discovering the titan arum, the plant with the largest unbranched inflorescence in the world, at Florence for information and to meet Trimen at Peradeniya to learn about rubber cultivation along the route. 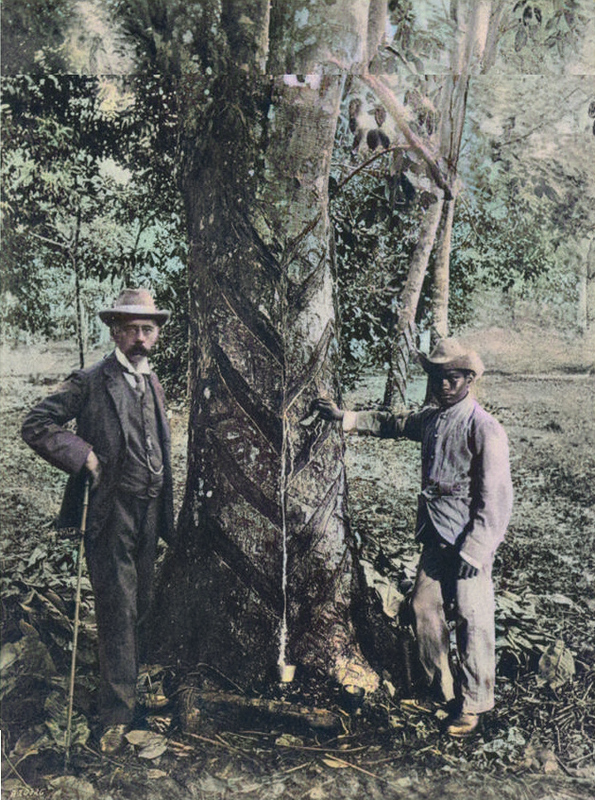 A Short History of Rubber

Originally the occurrence of the rubber tree was limited to the tropical Amazon basin. The Indians also called the plant “ca-hu-chu“, which means “weeping wood”. In the 15th century, the Portuguese were the first to report on latex and recognised its positive properties, such as the possibility of producing waterproof clothing by coating it with thick juice, similar to tapa bark pulp from Polynesia. After the discovery of the production process of rubber (by vulcanisation of the rubber) in 1839, the demand increased enormously and led to a rubber boom in the Amazon region around Manaus and Belém.

At Singapore, Ridley became first scientific director in charge of the botanical gardens and in charge of introducing new plants of economical value. Ridley established para-rubber plants here apart from starting a zoological section in the gardens in 1870. Ridley explored the regions around including Penang and Malacca. In 1894 his post was abolished as the expenditure was found to exceed the revenues obtained. Ridley returned briefly to England but the removal of the post was however objected to by William Turner Thiselton-Dyer and Ridley went back to Selangor to advise on forest reservation.

Henry Ridley promoted rubber as a commercial product, which he was known for being passionate; therefore, he was nicknamed “Mad Ridley“. In 1895, he discovered a means of tapping which did not seriously damage the rubber trees. Ridley was also largely responsible for establishing the rubber industry on the Malay peninsula, where he resided for twenty years. The area under para-rubber slowly increased after 1898 when a Chinese landowner, Tan Chay Yan, grew 40 acres successfully leading to more people taking to rubber cultivation.

Ridley was also working on the botany of the region, collecting widely. He then returned to England in 1911 and stayed at Kew to work on a botanical treatise of the region. This five-volume Flora was published from 1922 to 1925. In 1930, he published a seminal and comprehensive work on plant dispersal. This work was the culmination of his own observations over several years, and a review of widely scattered literature on the subject. Ridley was particularly interested in the relationship between flora and fauna. He visited Christmas Island and a stamp was dedicated to him. In 1950 he was awarded the Linné Medal of the Linnean Society of London. Henry Ridley died in Kew, short of his 101st birthday on 24 October 1956.