You are here: Home › computer science › GNU’s not Unix 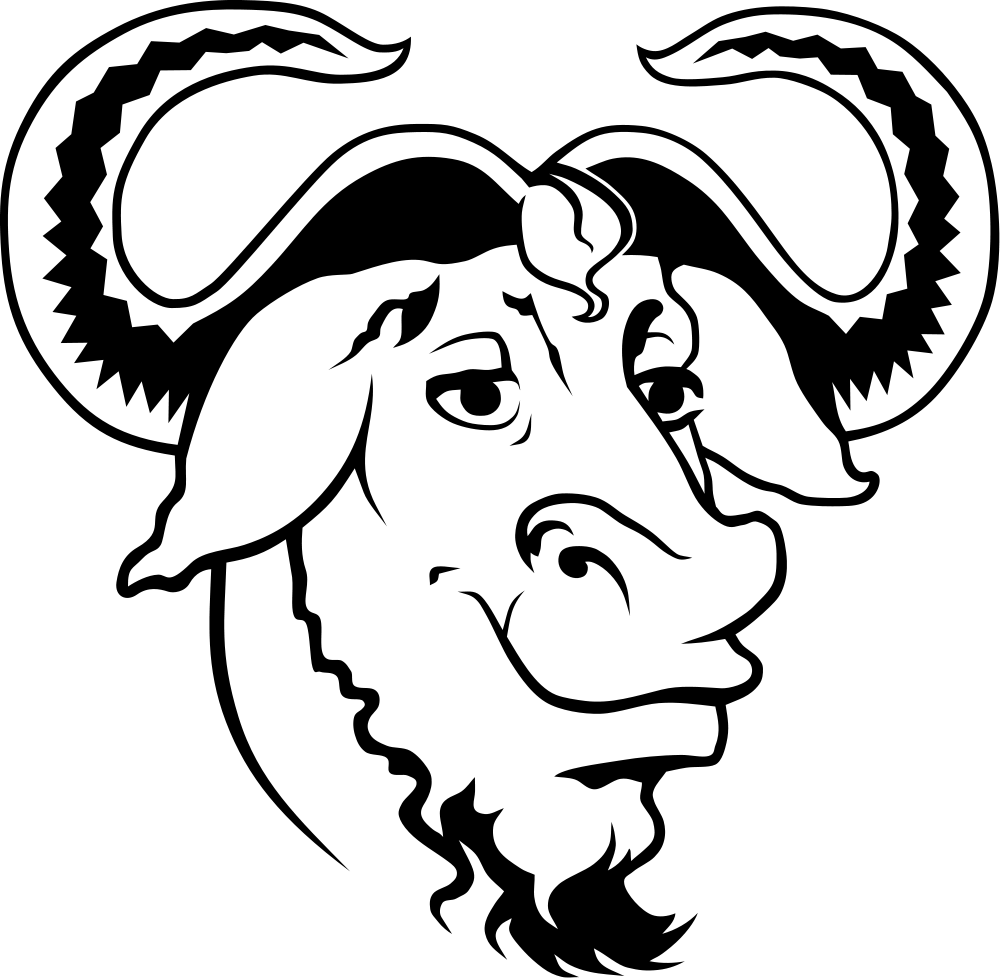 On September 27, 1983, American software freedom activist and computer programmer Richard Stallman announced the GNU project. Its aim is to give computer users freedom and control in their use of their computers and computing devices, by collaboratively developing and providing software. You’ve probably never heard of GNU, unless you are a computer scientist or some kind of software developer. But, GNU denotes the starting point of a development that still continues today – the concept of public domain software, with GNU as a Unix-like operating system that started it all leading to other public domain operating systems such as FreeBSD or Linux.

The Unix operating system is a multitasking, multi-user computer operating system originally developed in 1969 by a group of AT&T employees at Bell Labs, including among others Ken Thompson, Dennis Ritchie, Brian Kernighan. Unix soon became rather popular because it was written in a high-level programming language(instead of assembly language), it was based on a rather simple file data structure(everything in the file system was treated as simple byte arrays), and it came with lots of rather useful little tools that made the life of a programmer so much easier. But, of course it was proprietary software. This means that a single company took hold of the copyright and decided about future improvements, extensions, and development of the operating system. In the late 1970s and early 1980s, the hacker culture began to fragment.

To prevent software from being used on their competitors’ computers, most manufacturers stopped distributing source code and began using copyright and restrictive software licenses to limit or prohibit copying and redistribution.In 1980, Richard Stallman, an employee from the Massachusetts Institute of Technology (MIT) Artificial Intelligence Laboratory together with some other hackers at the AI Lab were refused access to the source code for the software of a newly installed laser printer, the Xerox 9700. Stallman had modified the software for the Lab’s previous laser printer, so it electronically messaged a user when the person’s job was printed, and would message all logged-in users waiting for print jobs if the printer was jammed. Not being able to add these features to the new printer was a major inconvenience, as the printer was on a different floor from most of the users.This experience convinced Stallman of people’s need to be free to modify the software they use. As a reaction to these events, Richard Stallman publicly announced the GNU project on September 27, 1983 on the net.unix-wizards and net.usoft newsgroups, an ambitious effort to create a free software Unix-like system; “free” in that everyone who received a copy would be free to use, study, modify, and redistribute it. Stallman argued that software users should have the freedom to share with their neighbor and to be able to study and make changes to the software that they use. He maintains that attempts by proprietary softwarevendorsto prohibit these acts are antisocial and unethical.

“As an operating system developer, I had the right skills for this job. So even though I could not take success for granted, I realized that I was elected to do the job. I chose to make the system compatible with Unix so that it would be portable, and so that Unix users could easily switch to it.” (Richard Stallman on GNU)

GNU Software development began on January 5, 1984, when Stallman quit his job at the Massachusetts Institute of Technology so that they could not claim ownership or interfere with distributing GNU as free software. In 1985, Stallman published the GNU Manifesto, which outlined his motivation for creating a free operating system called GNU, which would be compatible with Unix. The name GNU is a recursive acronym for “GNU’s Not Unix.” Soon after, he started a nonprofit corporation called the Free Software Foundation to employ free software programmers and provide a legal infrastructure for the free software movement. Furthermore, he popularized the concept of copyleft, a legal mechanism to protect the modification and redistribution rights for free software. It was first implemented in the GNU Emacs General Public License, and in 1989 the first program-independent GNU General Public License (GPL) was released. In 1991, Linus Torvalds, a Finnish student, used the GNU development tools to produce the Linux kernel. The existing programs from the GNU project were readily ported to run on the resultant platform.

Stallman‘s influences on hacker culture also include the famous Emacs editor. On UNIX systems, GNU Emacs‘s popularity rivaled that of another editor vi, spawning an editor war. Stallman‘s take on this was to canonize himself as St. IGNUcius of the Church of Emacs and acknowledge that “vi vi vi is the editor of the beast,” while “using a free version of vi is not a sin; it is a penance“. While on the other side supporters of vi have created an opposing Cult of viand argued by the more hardline Emacs users to be an attempt to “ape their betters“. Richard Stallman has written many essays on software freedom and since the early 1990s has been an outspoken political campaigner for the free software movement, which he has devoted the bulk of his life.

At yovisto academic video search you can learn more about software freedom activist Richard Stallman in a lecture he gave at the University of Calgary in 2005 on ‘The Danger of Software Patents‘.