You are here: Home › mathematics › Eugenio Beltrami and the Consistency of Non-Euclidian Geometry 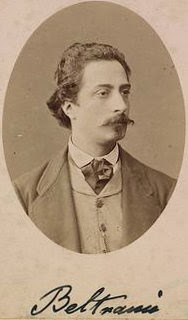 On November 16, 1835, Italian mathematician Eugenio Beltrami was born. He is most notable for his work concerning differential geometry and mathematical physics. His work was noted especially for clarity of exposition. He was the first to prove consistency of non-Euclidean geometry by modeling it on a surface of constant curvature, the pseudosphere.

“Students should learn to study at an early stage the great works of the great masters instead of making their minds sterile through the everlasting exercises of college, which are of no use whatever, except to produce a new Arcadia where indolence is veiled under the form of useless activity. … Hard study on the great models has ever brought out the strong; and of such must be our new scientific generation if it is to be worthy of the era to which it is born and of the struggles to which it is destined.”
— Eugenio Beltrami, In Giornale di matematiche, Vol. 11, 153.

Eugenio Beltrami was born in Cremona in Lombardy, then a part of the Austrian Empire, and now part of Italy. The son of an artist who painted miniatures, young Eugenio certainly inherited artistic talents from his family, but in his case in addition to the mathematical talents he would acquire, it was musicrather than painting that became important in his life. He began studying mathematics at University of Pavia in 1853, but was expelled from Ghislieri College in 1856 due to his political opinions. During this time he was taught and influenced by Francesco Brioschi, who had been appointed as professor of applied mathematics at the University of Pavia the year before Beltrami began his studies. Beltrami had to discontinue his studies because of financial hardship and spent the next several years as a secretary working for the Lombardy–Venice railroad company first in Verona and later in Milan.

While Beltrami was in Milan the Kingdom of Italy was established in 1861, an important political event which did much to invigorate the academic scene in Italy. Beltrami began to work hard at his mathematical studies again and in 1862 he published his first paper. As a result, he was appointed to the University of Bologna as a professor in 1862. In 1870, a new University of Rome was set up in the new Italian capital and Beltrami was appointed to the chair of rational mechanics there in 1873. After three years in Rome, Beltrami moved to Pavia to take up the chair of mathematical physics there. However, Beltrami returned to Rome in 1891 and spent his last years teaching there.[1] He became the president of the Accademia dei Lincei in 1898 and, the following year, a senator of the kingdom. A lover of music, Beltrami was interested in the relationship between mathematics and music.[2] 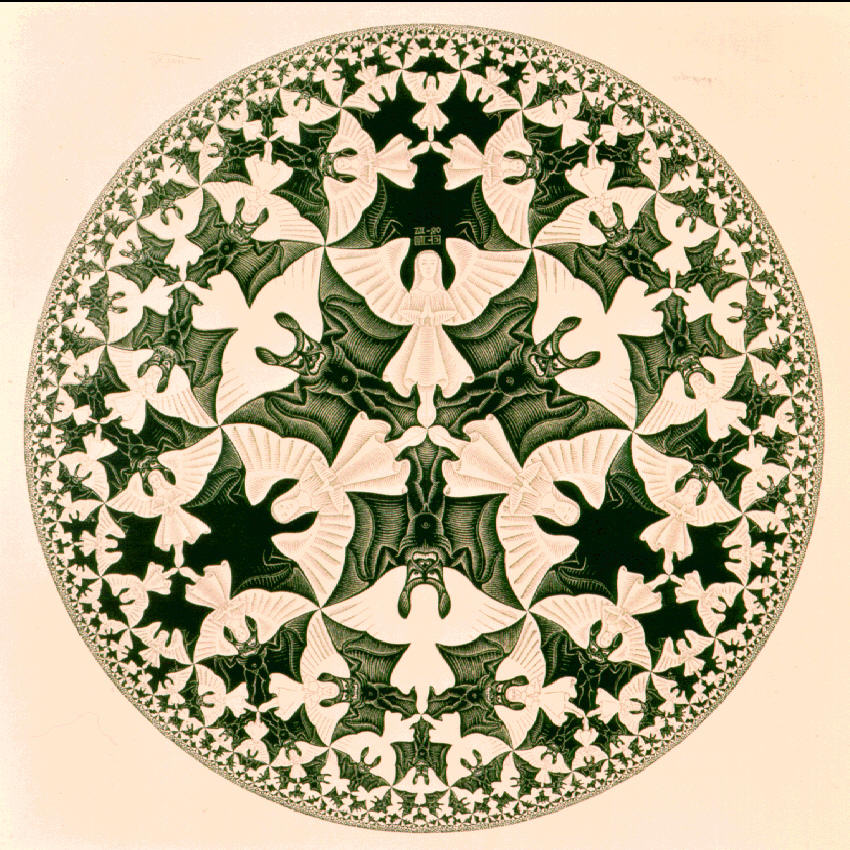 In 1868 Beltrami published two memoirs dealing with consistency and interpretations of non-Euclidean geometry of Bolyai [4] and Lobachevsky.[5] Beltrami proposed that this geometry could be realized on a surface of constant negative curvature, a pseudosphere. For Beltrami’s concept, lines of the geometry are represented by geodesics on the pseudosphere and theorems of non-Euclidean geometry can be proved within ordinary three-dimensional Euclidean space, and not derived in an axiomatic fashion, as Lobachevsky and Bolyai had done previously. Already in 1840, Minding already considered geodesic triangles on the pseudosphere and remarked that the corresponding “trigonometric formulas” are obtained from the corresponding formulas of spherical trigonometry by replacing the usual trigonometric functions with hyperbolic functions.

Equiconsistency of Hyperbolic and Euclidean Geometry

In the second memoir “Fundamental theory of spaces of constant curvature“, Beltrami continued this logic and gave an abstract proof of equiconsistency of hyperbolic and Euclidean geometry for any dimension. He accomplished this by introducing several models of non-Euclidean geometry that are now known as the Beltrami–Klein model, the Poincaré disk model, and the Poincaré half-plane model, together with transformations that relate them. Although today Beltrami’s “Essay” is recognized as very important for the development of non-Euclidean geometry, the reception at the time was less enthusiastic. Beltrami also worked on optics, thermodynamics, elasticity, electricity and magnetism. His contributions to these topics appeared in the four-volume work, Opere Matematiche (1902-20), published posthumously.

In the second half of his career Beltrami worked in the field of mathematical physics, namely optics, thermodynamics, elasticity theory, potential theory and electromagnetism. He paid particular attention to the possible reformulation of fundamental laws of physics for spaces with negative curvature and formulated, among other things, a generalised version of the Laplace operator. The Beltrami equation is of fundamental importance in the theory of quasi-conformal mappings. The complex dilation is also referred to there as the Beltrami coefficient. In 1875 he was elected a member of the Göttingen Academy of Sciences. From 1881 he was a corresponding member of the Prussian and from 1899 of the Bavarian Academy of Sciences. In 1890 he was accepted as a corresponding member of the Académie des sciences.