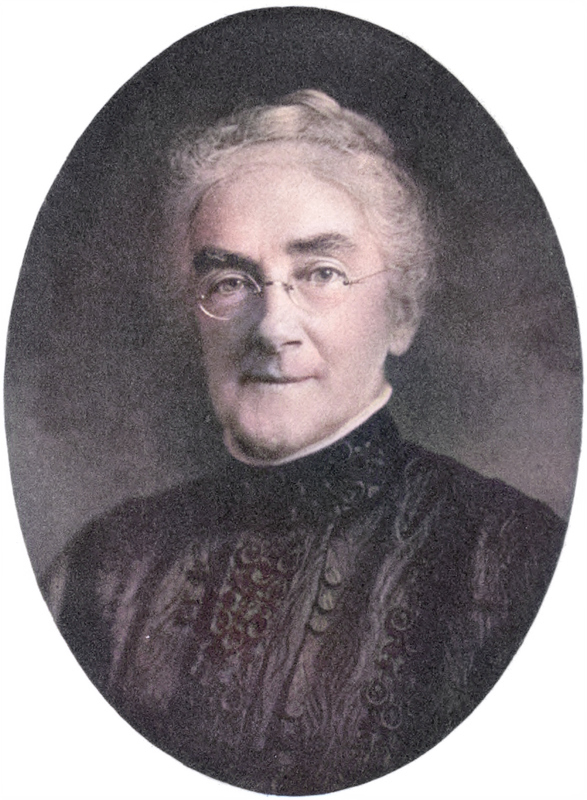 On December 3, 1842, American chemist Ellen Henrietta Swallow Richards was born. She was the foremost female industrial and environmental chemist in the United States during the 19th century. Her pioneering work in sanitary engineering and experimental research in domestic science widened professional opportunities for women in the sciences and laid a foundation for the new science of home economics.

“For this knowledge of right living, we have sought a new name… . As theology is the science of religious life, and biology the science of [physical] life … so let Oekology be henceforth the science of [our] normal lives … the worthiest of all the applied sciences which teaches the principles on which to found… healthy… and happy life.”
— Ellen Swallow Richards, as quoted in [13]

Ellen Richards was born in Dunstable, Massachusetts, the only child of Peter Swallow (b. June 27, 1813, Dunstable; d. March 1871, Littleton, Massachusetts) and Fanny Gould Taylor (b. April 9, 1817, New Ipswich, New Hampshire), both of whom came from established families of modest means and were believers in the value of education. Naturally, Richard was educated at home. In 1859 the family moved to Westford, where she attended Westford Academy. Studies at the academy included mathematics, composition and Latin, similar to other New England academies of the time. Swallow’s Latin proficiency allowed her to study French and German. Because of her language skills she was much in demand as a tutor, and the income earned doing this made it possible for Swallow to further her studies. In 1868, she entered Vassar College majoring in chemistry, graduating in 1870 with a bachelor’s degree. She then earned a Master of Art’s degree with a thesis on the chemical analysis of iron ore, but failed to find a position as a commercial chemist after.

Fellow scientists suggested her to join the recently founded Massachusetts Institute of Technology. as the first woman to be admitted. She received a second Bachelor’s degree from MIT with a thesis on “Notes on Some Sulpharsenites and Sulphantimonites from Colorado“. She married Robert Hallowell Richards, chairman of the MIT’s engineering department and received his support to volunteer her services and about $1.000 a year to support the women’s scientific education at MIT. Through her ambitions, the Women’s Laboratory was established at MIT in 1876 and she was appointed assistant instructor without any pay for teaching chemical analysis, industrial chemistry, mineralogy, and applied biology. [2]

The Chemistry of Cooking and Cleaning

Richards was expected to apply the scientific principles to domestic topics like nutrition, clothing, fitness, sanitation, and cleaning. Thereby, Richards applied her scientific knowledge to the home. Since women were responsible for the home and family nutrition at the time, Richards felt that all women should be educated in the sciences. She published The Chemistry of Cooking and Cleaning: A Manual for Housekeepers in 1882. She campaigned for the new discipline of home economics and began setting up kitchens open to the public as well as organizing conferences and the American Home Economics Association in which Richards was appointed the first president. [2]

Richards was appointed instructor in Sanitary Chemistry at the Institute of Technology in 1884 and from 1887 onwards, Richards directed the laboratory work of a large-scale investigation of the water supply of the United States on behalf of the US health authorities, which led to the establishment of a course in sanitary engineering at MIT in 1890. As an instructor, Richards taught her students how to analyse drinking water, wastewater and the air. She used her own home as a kind of experimental laboratory for healthier living through science. Concerned with air quality in her home, she moved from coal heating and cooking oil to gas. She and her husband installed fans to pull air from the home to the outside to create a cleaner air environment within the home.

Further, Richards maintained an extensive private practice in sanitary chemistry for many years and acted in an advisory capacity for a very large number of public and private institutions. [3] In 1887, the Massachusetts State Board of Health requested Richards and her assistants to perform a survey of the waters of Massachusetts, many of which were already polluted with industrial waste and municipal sewage. She performed a series of water tests on 40,000 samples of local waters which served as drinking water for their immediate populations. These led to the so-called “Richards’ Normal Chlorine Map” which was predictive of inland water pollution in the state of Massachusetts. This map plotted the chloride concentrations in waters of the state. It illustrated the natural distribution of chlorides from the ocean. Due to the findings in Richards’ study, the first state water quality standards in the nation and the first modern municipal sewage treatment plant, in Lowell, Massachusetts were established. For a hole decade, Richards became an official water analyst for the State Board of Health while continuing as an instructor at MIT. Along with A. G. Woodman, Richards wrote the classic text in the field of sanitary engineering in 1900: Air, Water, and Food from a Sanitary Standpoint. [2]

Richards was the first writer to use the term euthenics, in The Cost of Shelter (1905), with the meaning “the science of better living”. In her book Euthenics: the science of controllable environment (1910), she defined the term as the betterment of living conditions, through conscious endeavor, for the purpose of securing efficient human beings. Richards died on March 30, 1911 at her home in Jamaica Plain, Massachusetts, at age 68 after suffering with angina. In addition to their work, Ellen Richards and her husband actively supported young women interested in studying natural sciences for almost a quarter of a century.