You are here: Home › history › The Legend of Elizabeth Báthory, the Blood Countess 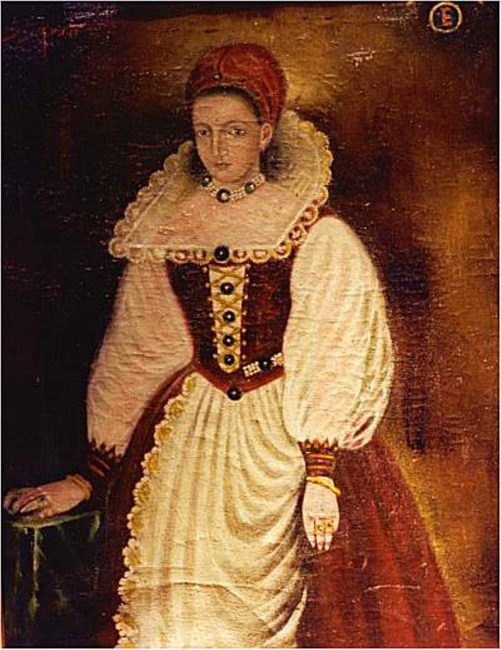 How far would you go to maintain your youth and your beauty? While today most people have become a victim of the cosmetic industry and (fortunately) only a few really dare to undergo cosmetic surgery, eternal youth and beauty is not only a subject of today’s affluent society. No, it’s a prominent topic throughout history dating also back into mythology, such as the story of Narcissus, a young Greek hunter of extraordinary beauty. He was exceptionally proud, in that he disdained those who loved him. Nemesis, the Greek goddess of retribution, saw this and attracted Narcissus to a pool where he saw his own reflection in the water and fell in love with it, not realizing it was merely an image. Unable to leave the beauty of his reflection, Narcissus died. In history, you will even find much weirder stories, such as the story of Ersebet, the Blood Countess….

The Most Prolific Female Serial Killer

Countess Elizabeth Báthory is possibly the most prolific female serial killer in history and will always be remembered as the “Blood Countess”. She was born in Hungary on August 7, 1560 to a wealthy and prominent family during a time of war between the Turks and Austria-Hungary armies. She had many powerful relatives: a cardinal, princes, and a cousin who was prime minister of Hungary. Erzsebet Báthory was a woman of exceptional beauty. Her long raven hair was contrasted with her milky complexion. Her amber eyes were almost catlike, her figure voluptuous. She was excessively vain and her narcissism drove her to new depths of perversion. Ersebet would spend days in front of her large dark mirror she had designed herself. It was so comfortable that it even had supports on which to lean one’s arms, so as to be able to stand for many hours in front of it without feeling tired.

Being Narcissistic Alone is not a Crime

But being narcissistic alone would be no crime. Erzsebet was publicly accused to have captured servant girls being lured by offers of well-paid work as maidservants in the castle, taking them to an underground room known as ‘her Ladyship’s torture chamber’ and subjected them to the worst cruelties she could imagine. Later, she is said to have begun to kill daughters of the lesser gentry, who were sent to her gynaeceum by their parents to learn courtly etiquette. The atrocities described most consistently included severe beatings, burning or mutilation of hands, biting the flesh off the faces, arms and other body parts, freezing or starving to death and sexual abuse. Folklore reports that the motif of these works was that of the countess bathing in her victims’ blood in order to retain beauty or youth. But later on, sadistic pleasure was considered a far more plausible motive for Elizabeth Báthory’s crimes.

Putting an End to the Terror

The exact number of young women tortured and killed by Elizabeth Báthory is unknown, though it is often speculated to be as high as 650, between the years 1585 and 1610. On the order of King Matthias II (hung. Mátyás) of Hungary, Count George Thurzo of Bethlenfalva, from 1609 Palatine of Hungary and cousin of Báthory, stormed and searched the castle of Čachtice on 29 December 1610. Báthory was placed under house arrest for the multiple murders of servants in 1611. Two processes were held in Bitcse, one in Hungarian and one in Latin. Since Báthory himself was not allowed to comment, the trial consisted only of the questioning of co-defendants and witnesses.

As a result of the process, Dorothea, the Countess’ chambermaid, and Helena’s, the nurse of Báthory’s children, anterior phalanges were severed and both were burned alive. Johannes, her caretaker, was beheaded, his body burned at the stake. King Matthias demanded the death sentence against Countess Elizabeth Báthory, but Thurzo did not agree. Báthory was held prisoner in her castle Čachtice until the end of her life. Statements that it was walled into one of its tower rooms are not documented. She remained there for four years, until her death.

The trial documents describe that Elizabeth Báthory lured many young girls to their castles to torture them to death naked in many ways. According to the trial files, Thurzo is said to have found the first corpses of girls immediately after entering the castle Čachtice Báthory and her servants have practised the following methods of torture according to the statements: Bondage, beatings and whipping to death, cuts with scissors, stitches with needles, burns with hot iron and water, pouring over with water in the frost, burning oil paper between the toes, slaps and knife marks.

Trying to Find a Rational

In 1729, more than a century later, the Jesuit László Turóczi, in his work Ungaria suis cum regibus compendio data[6], marked by the spirit of the Counter-Reformation, treated Báthory’s conviction from the point of view of the court and added some decisive, apparently freely invented details to it: Báthory had received some blood spatter when torturing a girl and felt a clear rejuvenation of her skin on the stained spot. She therefore decided to systematically kill young women and bathe them in their blood to keep her own skin youthful and attractive. Helen and Dorothea were witches. The Jesuit Turóczi also cited her conversion to Lutheranism as the cause of Báthory’s madness.

Especially the legend that Elizabeth Báthory bathed in the blood of murdered girls or drank it to keep herself young gave Báthory the nickname “Blood Countess”. Whether Bram Stoker was inspired by the Báthory legend and used it for his novel Dracula is controversial. [4]