You are here: Home › explorer › Charles Wilkes and the Exploring Expedition of 1838 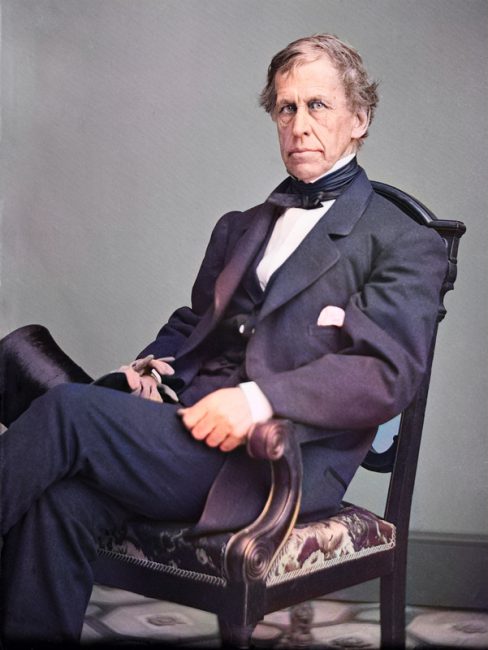 On April 3, 1789, American Naval officer and explorer Charles Wilkes was born. Wilkes led the United States Exploring Expedition, 1838-1842, on which he determined that Antarctica (which Wilkes so named) is a continent. He also commanded the ship in the Trent Affair during the American Civil War (1861–1865), where he attacked a Royal Mail Ship, almost leading to war between the US and the UK.

Charles Wilkes was born in New York City, United States and was raised by his aunt. He attended present-day Columbia University and joined the United States Navy as a midshipman in 1818. Wilkes was promoted to lieutenant in 1826. The commanding officer originally appointed to the United States Exploring Expedition was Commodore Thomas ap Catesby Jones. It was first requested by John Quincy Adams in 1828, however, funding was only approved in 1836. After Jones resigned, Wilkes was assigned by Secretary of War Joel Roberts Poinsett due to his expertise in hydrography, geodesy, and magnetism. Further members of the expedition included naturalists, botanists, a mineralogist, a taxidermist, and a philologist. The expedition was carried by USS Vincennes and USS Peacock, the brig USS Porpoise, the store-ship USS Relief, and two schooners, USS Sea Gull and USS Flying Fish. 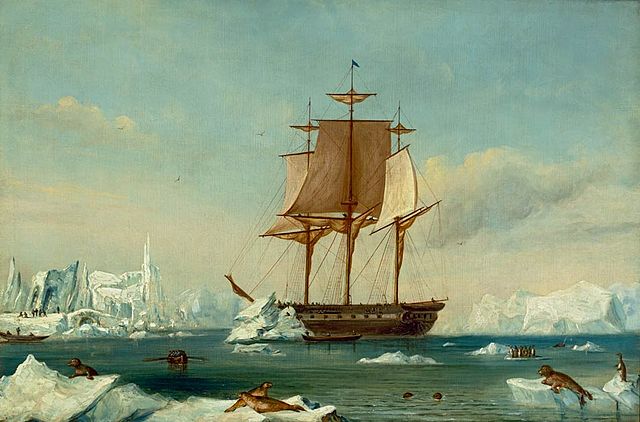 The Course of the Expedition

On August 18, 1838, Wilkes’ expedition departed. They made stops at the Madeira Islands as well as Rio de Janeiro. They went to  Tierra del Fuego, Chile, Peru, the Tuamotu Archipelago, Samoa, and New South Wales. The expedition led by Wilkes visited Sydney, Australia from where they traveled towards the Antarctic Ocean in December 1839. The expedition first reported their discovery of “an Antarctic continent west of the Balleny Islands” in 1840. The party further traveled to Fiji and the Hawaiian Islands. At the former, the expedition kidnapped the chief Ro Veidovi and charged him with the murder of a crew of American whalers. Further, two expedition members were killed while bartering for food on Fiji‘s Malolo Island. Wilkes‘ crew answered with a counter-attack. It is assumed that about 80 Fijians were killed. Wilkes later employed many Hawaiian porters to haul a pendulum to the summit of Mauna Loa to measure gravity. In 1841, the United States Exploring Expedition under Charles Wilkes visited Funafuti, Nukufetau and Vaitupu. Then they returned by passing the Philippines, the Sulu Archipelago, Borneo, Singapore, Polynesia and the Cape of Good Hope. The expedition returned home to New York City on June 10, 1842.

Wilkes was not uncontroversial as leader of this expedition. At the beginning of the expedition, he held the rank of lieutenant, but arbitrarily appointed himself captain and commodore. After presenting himself as a despotic officer during the voyage and ordering a massacre of the local population on the Mamanuca Islands, now part of Fiji, he was court-martialed on his return to investigate these incidents. He was acquitted on most of the charges, only his punitive methods within the crew were blamed on him. Therefore he was transferred to the coastguard for some time. But soon he had to do with the elaboration of the expedition reports, which occupied him from 1844 to 1861. He edited the 19 volumes and 11 atlases of the expedition and authored Volume XI (Meteorology) and Volume XXIII (Hydrography). Wilkes‘ reports also included further information on manners, customs, political and economic conditions of the places they visited. The scientific reports further included James Dwight Dana‘s works on Zoophytes, Geology and Crustacea. The collected specimens and artifacts became a foundation for the Smithsonian Institution collection.

In the American Civil War he was an admiral for the Union. As commander of the USS San Jacinto, he attacked the British mail steamer Trent in international waters on November 8, 1861, which was on its way from Havana to England. From his spies he had learned that there were two emissaries from the Confederate States on this ship, whom he had arrested. The American Congress initially praised him for this action, but President Abraham Lincoln [9] distanced himself from it because of the political confusion it caused resulting in diplomatic pressure by the British Government. The incident almost led to several European powers, including Britain, intervening in the American Civil War on the Confederate side. His next service was in the James River flotilla and he was placed on the retired list on December 21, 1861.

Subsequently, after reaching the rank of commodore on July 16, 1862, he was assigned to duty against blockade runners in the West Indies. Wilkes acquired a reputation for sometimes acting arrogant and capriciously, perhaps partly because of his open conflict with Gideon Welles, who was the Secretary of the Navy. Welles recommended that Wilkes had been too old to receive the rank of commodore under the act then governing promotions. Wilkes wrote a scathing letter to Welles in response. The controversy ended in his court-martial in 1864. He was found guilty of disobedience of orders, insubordination, and other specifications. He was sentenced to public reprimand and suspension for three years. However, Lincoln reduced the suspension to one year, and the balance of charges were dropped. On July 25, 1866, he was promoted to the rank of rear admiral on the retired list.

Wilkes is said to have served Herman Melville [8] as a role model for the character of Captain Ahab in the novel Moby Dick. He died on February 8, 1877 in Washington, DC.