You are here: Home › computer science › Bill Gates – From Entrepreneur to Philantrop 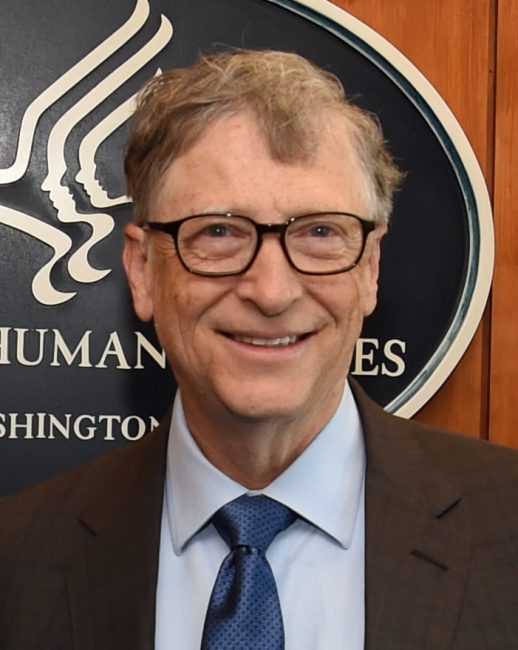 Information technology and business are becoming inextricably interwoven. I don’t think anybody can talk meaningfully about one without the talking about the other. – Bill Gates

Bill Gates grew up in an upper middle-class family with his two sisters, Kristianne and Libby, in Seattle. His father, William H. Gates II, is a Seattle attorney, his mother, Mary Gates, was a schoolteacher, University of Washington regent, and chairwoman of United Way International. Gates attended public elementary school and the private Lakeside School. There, he  discovered his interest in software and began programming computers already at age 13. When Bill Gates graduated from Lakeside in 1973, he scored amazing 1590 out of 1600 on the college SAT test.

In 1973, Gates entered Harvard University as a freshman, where he lived down the hall from Steve Ballmer, now Microsoft’s chief executive officer. While at Harvard, Gates developed a version of the programming language BASIC for the first microcomputer – the MITS Altair. In his junior year, Gates left Harvard to devote his energies to Microsoft, a company he had begun in 1975 with his childhood friend Paul Allen, who was two years his senior at Lakeside School. Guided by a belief that the computer would be a valuable tool on every office desktop and in every home, they began developing software for personal computers. With Microsoft Gates and Allen built the world’s largest software business, while Bill Gates became one of the richest men in the world.

In November 1980, IBM was looking for software that would operate their upcoming personal computer (PC) and approached Microsoft. Gates quickly impressed IBM, convincing them that he and his company could meet their needs. The only problem was that Microsoft had not developed the basic operating system that would run IBM’s new computers. Actually, Gates bought an operating system and adapted it to work for the IBM PC. He delivered it for a $50,000 fee, the same price he had paid for the software in its original form. IBM wanted to buy the source code, which would have given them the information to the operating system. But Gates refused, instead proposing that IBM should pay a licensing fee for copies of the software sold with their computers. Doing this allowed Microsoft to license the software they called MS-DOS to any other PC manufacturer, should other computer companies clone the IBM PC, which they soon did. Although the quality of MS-DOS lagged far behind the state of the art (even in Intel-internal dossiers it only received a devastating verdict) the PC, which came onto the market in autumn 1981 for almost 3000 dollars, became a great success. Despite having begun jointly developing a new operating system, OS/2, with IBM in August 1985, Microsoft released Microsoft Windows, a graphical extension for MS-DOS, on November 20. In 1990, Microsoft introduced its office suite, Microsoft Office. The suite bundled separate productivity applications, such as Microsoft Word and Microsoft Excel. On May 22, Microsoft launched Windows 3.0, featuring streamlined user interface graphics and improved protected mode capability for the Intel 386 processor. Both Office and Windows became dominant in their respective areas.

In the later stages of his career, Gates has pursued a number of philanthropic endeavors, donating large amounts of money to various charitable organizations and scientific research programs through the Bill and Melinda Gates Foundation, established in 2000. The primary aims of the foundation are, globally, to enhance healthcare and reduce extreme poverty, and, in the US, to expand educational opportunities and access to information technology.