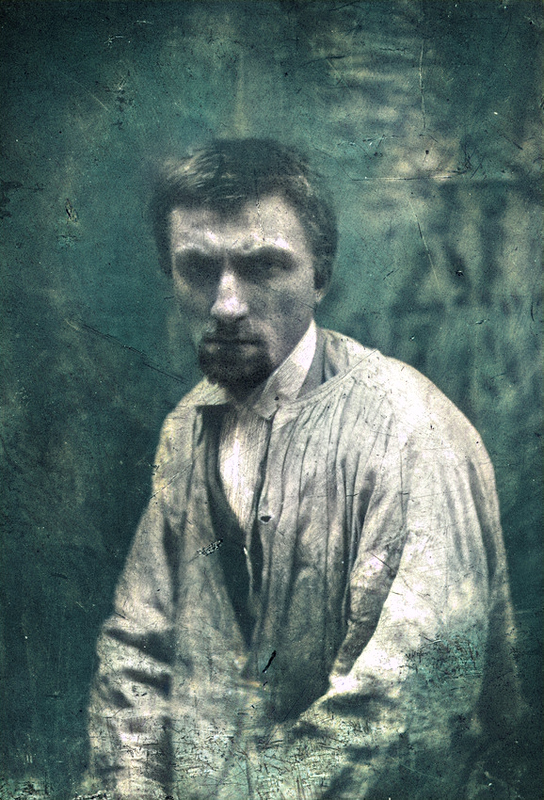 On November 12, 1840, Auguste Rodin, French sculptor and draughtsman, was born. He is widely considered to be the progenitor of modern sculpture.

“Nothing is a waste of time if you use the experience wisely.”
— Auguste Rodin, As quoted in [9]

Rodin was born in times of riots and revolutions that spread through Europe. France was hit by this wave of change in particular during the ‘February Revolution‘ in 1848 which resulted in the creation of the French Second Republic. But the 1840’s in general were also important for arts and literature with Charles Dickens‘ numerous publications and Edgar Allen Poe‘s last years of active writing. 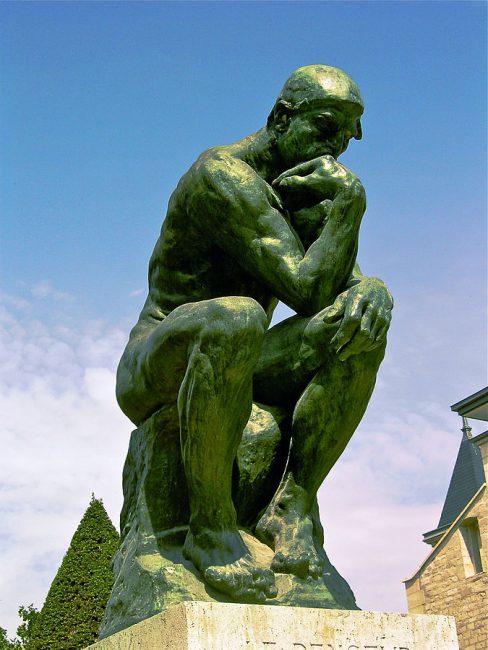 The Thinker by Rodin located at the Musée Rodin in Paris

Rodin was born into rather underprivileged circumstances and grew up in a poor area of Paris. Still, his parents were very supportive and let him attend the famous “Petite École” at the age of 14, where he studied not only the basic techniques and methods, but also learned to draw from memory through major improvements of observation practice. The excellent painter Rodin decided to focus on sculpture in 1857, but unfortunately failed the entrance examination three times. Therefore he had to unofficially begin his career with several detours. He worked with decorative artists while slowly learning the art of sculpture under various influences. A major contribution to his artistic work was the animal sculptor Antoine-Louis Barye, who influenced Rodin through his focusing on the details of the animal’s muscular movements. Another incisive event in Rodin’s learning period was his journey to Italy, where he studied the works of Michelangelo [5] and Donatello, causing him to create a life-size nude figure as a tribute to Michelangelo’s works. Unfortunately, the sculpture caused not only great admiration throughout the community, due to its enormous richness of detail, but also skepticism resulting in accusations of sculptural cheating.

“To produce good sculpture it is not necessary to copy the works of antiquity; it is necessary first of all to regard the works of nature, and to see in those of the classics only the method by which they have interpreted nature.”
– Auguste Rodin, attributed by Isadora Duncan, As quoted [10]

However, Auguste Rodin was now widely known throughout Europe and started greatest years of creation in the late 1870’s. He was an appreciated member of the artistic community. He met Edmond Turquet and through him, Rodin had the chance to move his works to a new studio, which caused him artistic freedom and a financial uplift due to many private commissions he had to take care of. 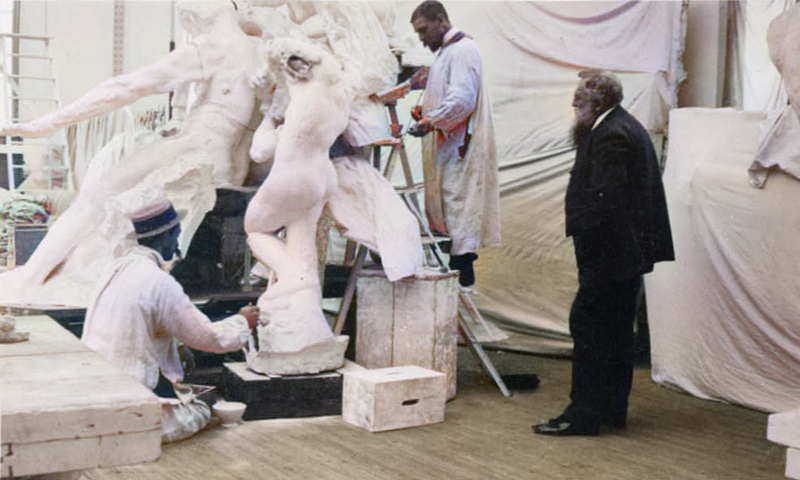 The Citizens of Calais

In 1885 Auguste Rodin was commissioned by the city of Calais to erect a monument to commemorate the city’s six legendary noble citizens, who were prepared to sacrifice themselves for the city’s welfare during the English siege of 1347 in the Hundred Years’ War. Rodin’s work The Burghers of Calais (Les Bourgeois de Calais) is a prime example of Rodin’s innovative, and in some cases even revolutionary, approach to art. Especially in the art of monuments at that time, the question of presentation was regarded as the central dignity motif of the work. Instead of the usual raised pedestal, Rodin’s design provided only a plinth, thus bringing his citizens back to the ground at eye level. The “democratization” of sculpture in general and monumental art in particular was often mentioned. It was not until 1895, after several drafts and tough disputes, that his citizens were put up, but initially only with a marble plinth and elsewhere. It was not until 1945 that the group was placed at ground level in front of the town hall in Calais.

The Gates of Hell

The Gates of Hell (La porte de l’enfer) can probably be regarded as Rodin’s real main and life’s work. As early as 1880 Rodin was commissioned by the French government to design a bronze portal for the new Musée des Arts Décoratifs in Paris. The design never reached its original planned completion. Nevertheless, Rodin worked on it for nearly 37 years, until shortly before his death in 1917, when he was to isolate many figures from their original context and elevate them to independent works of art – the best-known example is certainly The Thinker (Le Penseur).

“In art, immorality cannot exist. Art is always sacred even when it takes for a subject the worst excesses of desire; since it has in view only the sincerity of observation, it cannot debase itself. A true work of art is always noble, even when it translates the stirrings of the brute, for at that moment, the artist who has produced it had as his only objective, the most conscientious rendering possible of the impression he has felt.”
– Auguste Rodin, as quoted in [11]

Only posthumously (1926) the first bronze casting of the Hell Gate was made. The original literary inspiration for the work was Dante Alighieri‘s Divine Comedy;[7] in the course of its revision, other works, especially Charles Baudelaire‘s The Flowers of Evil,[8] fertilized the depiction of the damned figures who lead the existential struggle against the hopelessness and finality of death.

Rodin as Influencer of the Victorian Society

Rodin’s fame was nearly unstoppable in 1900, his works were duplicated numerous times and exhibited wherever it was possible. His style and techniques influenced the art of sculpture as well as even poetry, including the iconic figure of the Victorian society, Oscar Wilde [6] or the German poet Rainer Maria Rilke.[4] His pieces were even beginning to take over the American market and found more and more lovers of his art there. Unlike many other artists, Rodin did not have to fear poverty anymore. But despite his immense success, the artist did not stop to over and over re-invent himself. In his later period of active sculpture, he focused increasingly on female bodies and began drawing mainly dancers and produced many erotic drawings.

Rodin’s career ended with his passing in November of 1917, but his works and styles are still present. Many of his works are held in various private of public collection and the Musée Rodin was founded to honor his masterpieces. Rodin’s works were copied numerous times, showing how appreciated his detailed and vivid sculptures are. He is often compared with the great Michelangelo and counts as a pioneer of creating non-traditional patterns, experimenting with the human body and valuing its agility. One of his most popular works, which is mainly associated with the name Rodin is presumably the bronze sculpture ‘The Thinker‘ from 1902.