You are here: Home › psychology › Alfred Binet – How to Test Intelligence? 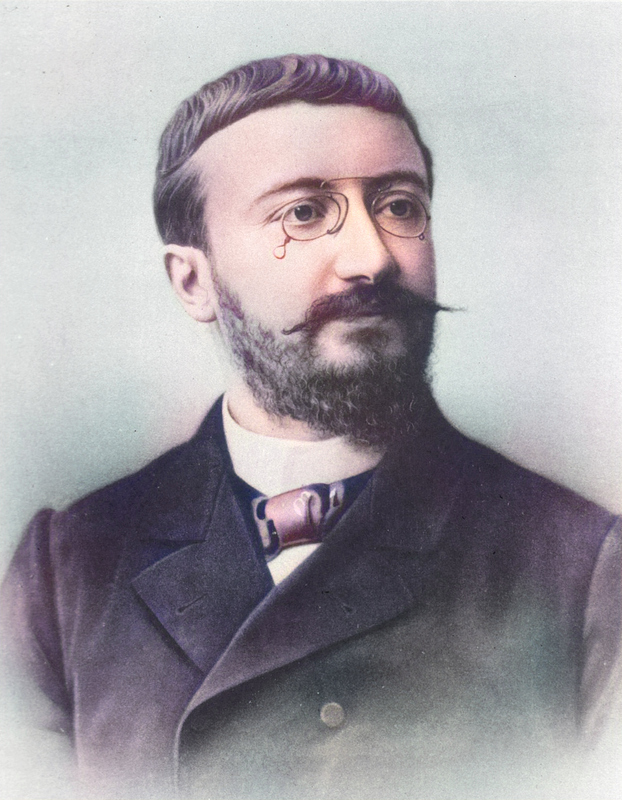 On July 8, 1857, French psychologist Alfred Binet was born. He was a pioneer in the field of intelligence testing of the normal mind. He took a different approach than most psychologists of his day: he was interested in the workings of the normal mind. He invented the first practical intelligence test, the Binet-Simon scale rather than the pathology of mental illness.

“Since we seek to know what is the physical phenomenon we perceive, we must first enunciate this proposition, which will govern the whole of our discussion: to wit— Of the outer world we know nothing except our sensations.”
– Alfred Binet, The Mind and the Brain (1907)

After earning a law degree in 1878, Alfred Binet became more and more interested in psychology, he started educating himself on the topic at the National Library in Paris. He soon became fascinated with the ideas of John Stuart Mill, who believed that the operations of intelligence could be explained by the laws of associationism. Binet eventually realized the limitations of this theory, but Mill’s ideas continued to influence his work. Binet was appointed to his first formal position as a researcher at a neurological clinic, Salpêtrière Hospital, in Paris from 1883–1889. Jean-Martin Charcot, who was back then the director of the clinic, became his mentor. Binet started to publish further works and managed to increase his reputation.

Binet increased his interest in development, after his daughters Marguerite and Armande were born in the 1880s. He called Armande a subjectivist and Marguerite an objectivist, and developed the concepts of introspection and externospection in an anticipation of Carl Jung’s psychological types. In the following years, Binet published numerous books and scientific papers on his interests which are assumed to have highly influenced Jean Piaget. Binet’s research with his daughters helped him to further refine his developing conception of intelligence, especially the importance of attention span and suggestibility in intellectual development. He continued as a researcher and later director of the Laboratory of Experimental Psychology at the Sorbonne. The position enabled him to pursue his studies on mental processes. Also, Theodore Simon applied to do doctoral research under Binet’s supervision, which was the beginning of their long, fruitful collaboration. When Binet was asked to join a committee psychologically studying children, it became his duty to distinguish ‘normal’ children from children with learning difficulties. His work was published as “L’Etude experimentale de l’intelligence” (Experimental Studies of Intelligence) in 1903.

“It seems to us that in intelligence there is a fundamental faculty, the alteration or the lack of which, is of the utmost importance for practical life. This faculty is judgment, otherwise called good sense, practical sense, initiative, the faculty of adapting one’s self to circumstances. A person may be a moron or an imbecile if he is lacking in judgment; but with good judgment he can never be either. Indeed the rest of the intellectual faculties seem of little importance in comparison with judgment.”
– Alfred Binet, The development of intelligence in children, 1916

He continued his research on this topic and also started including Simon in his intelligence tests. In 1905, a new test for measuring intelligence was introduced and simply called the Binet–Simon scale. In 1908, they revised the scale, dropping, modifying, and adding tests and also arranging them according to age levels from three to thirteen. They managed to develop a variety of tasks they found representative for the abilities of children various ages. Their scale included thirty tasks of increasing difficulty. The first and most easy tasks assessed for example whether or not a child could follow a beam. Then, children were required to point at certain body parts, repeat numbers or sentences and to state the difference between pairs of things or reproduce drawings from memory. The hardest question was: “My neighbor has been receiving strange visitors. He has received in turn a doctor, a lawyer, and then a priest. What is taking place?” For the practical use of determining educational placement, the score on the Binet-Simon scale would reveal the child’s mental age. In 1908, the Simon-Binet scale was introduced in the U.S. and extended to the Stanford-Binet scale.

Binet had done a series of experiments to see how well chess players played when blindfolded. He found that only some of the master chess players could play from memory and a few could play multiple games simultaneously without looking at the boards. To remember the positions of the pieces on the boards, some players envisioned exact replicas of specific chess sets, while others envisioned an abstract schema of the game. Binet concluded that extraordinary feats of memory such as blind chess playing could take a variety of mnemonic forms. He recounted his experiments in a book entitled Psychologie des grands calculateurs et joueurs en echec. Binet published the third version of the Binet-Simon scale shortly before his death in 1911. The Binet-Simon scale became very popular around the world and in 1984, the journal Science 84 picked the Binet-Simon scale, as one of twenty of this century’s most significant developments or discoveries.