You are here: Home › physics › Alexander Friedmann and the Expanding Universe 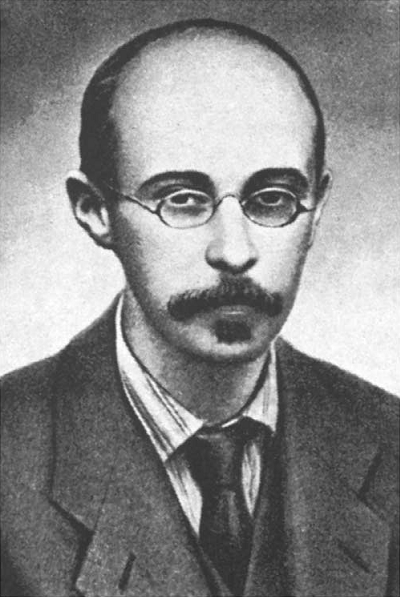 On June 16, 1888, Russian mathematician and physicist Alexander Friedmann was born. Friedmann is best known for his pioneering theory that the universe was expanding, governed by a set of equations he developed now known as the Friedmann equations.

The Youth of a Mathematician

Alexander Friedmann was born in Saint Petersburg, Russia, to the composer and ballet dancer Alexander Friedmann and the pianist Ludmila Ignatievna Voyachek. However the parents divorced when Alexander was nine years old, and Alexander stayed with his father. He entered the Second St Petersburg Gymnasium in 1897 and soon Friedmann became one of the top two pupils in his class. The other outstanding pupil was Yakov Tamarkin, also an extraordinary mathematician, and the two boys were close friends, almost always together during their years at school and university.[1]

In 1905 Friedmann and Tamarkin wrote a paper on Bernoulli numbers and submitted the paper to Hilbert for publication in Mathematische Annalen.[8] The paper was accepted and appeared in print in 1906. Friedmann graduated from school in 1906 and entered the University of St Petersburg, where he was strongly influenced by applied mathematician Vladimir A Steklov and Austrian mathematician Paul Ehrenfest. By 1907 Ehrenfest had set up a modern physics seminar which was attended by a number of young physicists including Friedmann and Tamarkin. This group discussed quantum theory, relativity and statistical mechanics.[1] Friedmann obtained his Bachelor degree in St. Petersburg State University in 1910, and began to study for his Master’s Degree in pure and applied mathematics, which he was awarded in 1914, although his research had also touched on aeronautics, the magnetic field of the earth, the mechanics of liquids and theoretical meteorology.[2]

In 1913, Friedman was appointed to a position in the Aerological Observatory near Saint Petersburg, where he studied meteorology. To deepen his studies, he went to Leipzig to study with Vilhelm Bjerknes, the leading theoretical meteorologist of the time and pioneer of modern weather forecast.[9] But when the First World War started in 1914, Friedmann volunteered to serve with the Russian air force as a technical expert and as a bomber pilot. In 1916 he became the head of the Central Aeronautical Station in Kiev, before moving to Moscow with the Central Aeronautical Station. From 1918 to 1920, Friedmann worked as a professor of theoretical mechanics at Perm University.[2]

The Discovery of the Expanding Universe

But, the Russian nation was plunged into civil war and Friedmann was forced to return to St Petersburg (now named Petrograd) to take up a post at the Main Geophysical Observatory. In 1922, nine years after completing the examinations for this Master’s Degree, Friedmann submitted his Master’s dissertation entitled The Hydromechanics of a Compressible Fluid. By 1920, Friedman had belatedly become familiar with Albert Einstein’s General Theory of Relativity, which was published several years late in war-torn Soviet Russia. In 1922, he discovered the expanding universe solution to Einstein’s general relativity field equations. Scientists at the time thought our universe was static and eternal – that it had always been the same size in the infinite past and will always be the same size in the infinite future. In 1917 Einstein adjusted his field equations to model just such a static universe. He added the repulsive force of a cosmological constant to balance the inward pull of gravity.[3]

Conformation by Einstein, Lemaître, and Hubble

Friedmann showed that the radius of curvature of the universe can be either an increasing or a periodic function of time. At first, Einstein thought that the solution was erroneous, but he later agreed that they were in fact correct, and indeed that they shed new light on the whole subject. Belgian astronomer Georges Lemaître would later independently reach the same conclusion in 1927.[5] The expansion of the universe was finally corroborated several years later by Edwin Hubble’s observations in 1929.[2,6] In an October 2012 article in Physics Today, Israeli mathematician Ari Belenkiy wrote that Friedmann had revealed a strange new universe – one which “can expand, contract, collapse, and might even be born in a singularity.”[3]

In 1923 and 1924, Friedmann had the opportunity to travel through Europe, discussing his areas of research with other scientists, particularly in Germany, Norway and the Netherlands.[2] In July 1925 Friedmann made a record-breaking ascent in a balloon to 7400 metres to make meteorological and medical observations. He returned to Leningrad (Petrograd had been renamed Leningrad in 1924). Near the end of August 1925 Friedmann began to feel unwell. He was diagnosed as having typhoid and taken to hospital where he died two weeks later.[1] Friedman’s contributions remain a cornerstone for our understanding of the universe.

The Biggest Questions in The Universe: An Introduction by Professor Joseph Silk, [11]